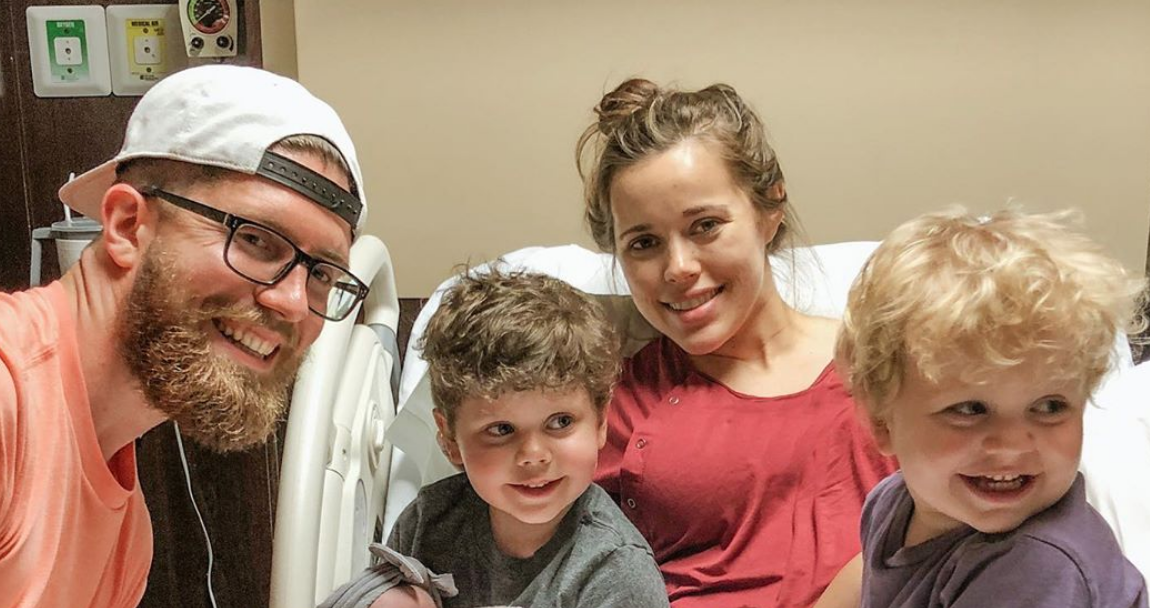 After Jessa Seewald shared a new tweet on Tuesday evening, Duggar fans think she’s hinting at another baby. Right now, Ben and Jessa Seewald have three kids, Spurgeon, 4, Henry, 3, and Ivy, 10 months. In the tweet, Jessa details her conversation with Spurgeon about the name Alice.

I love old names, and was talking with Spurgeon about this—
Me: “Do you like the name ‘Alice,’ for a girl?”
Spurgeon: “Alice? That sounds like ‘malice.’ That is not my favorite name. I prefer ‘speeding-delightning.’”#SayingsOfSpurgeon

Immediately, several of Jessa’s followers replied to the tweet and said something about her hinting at a pregnancy. Someone responded, “Thinking of having another baby?” Another Twitter user said, “Kids are so funny. Are you expecting again?”

Most of the other responses are users sharing their own favorite baby names. Jessa has yet to reply to any of the responses to her tweet.

Whenever the Duggar family says anything about a future baby or drops a slight hint, fans think that they’re pregnant. But, it doesn’t necessarily seem like that’s the case this time. After all, they’re simply discussing names. Many people, not just parents or parents-to-be, discuss the names they like or dislike. Plus, Jessa has implied that they’ll be having more kids, so they have likely thought of a few names here and there.

It’s worth noting that Jessa and Ben find out the baby’s gender themselves, but they don’t share it with anyone else until the baby’s born. They also keep the name a secret until the baby arrives. So, it’s possible that Ben and Jessa like the name Alice but won’t be using it. If they planned on using it for a future child, they might have kept it private.

How many kids will Jessa and Ben Seewald will have?

Jessa has previously talked about her kids’ births, as reported by TV Shows Ace. She detailed each of her three kids’ deliveries. Then, she gave a hint that there may be more kids in her future. She talks about using modern medicine, such as an epidural, in the future, which is something she hasn’t ever done. Duggar fans saw this as another possible hint.

As of right now, it seems like they do intend to have more children. But, Jessa has had children in odd-numbered years. So, if she sticks with that same pattern, she won’t have another baby until 2021. If they want to have a baby in early 2021, they might be talking about it now. But, nobody knows what their plans are, and it’s something they’ll keep private for a while.

When Jessa gave birth to Henry, she mentioned that she didn’t plan on having her kids so close in age again. She said that Spurgeon and Henry were too close in age, as there’s less than two years between them. There’s a larger gap between Henry and Ivy.

In the past, Ben has revealed that he doesn’t want 19 kids, in reference to the Duggar family having 19 kids. And, the couple also seems open to adoption. But, as mentioned, that’s personal and nobody knows what their plans are.

So, what do you think? Is Jessa hinting at a future pregnancy, or is she just throwing names around like most people do? Share your thoughts in the comments below.