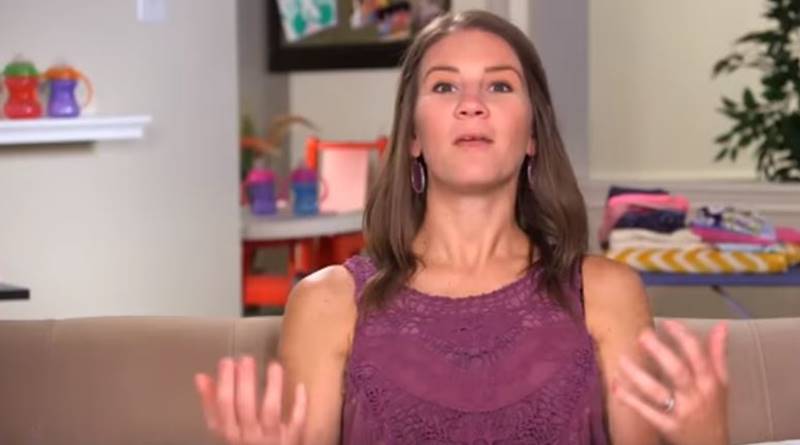 OutDaughtered fans know that Danielle Busby sometimes gets frustrated and angry with Adam. She also blogged about it before. Often, she feels mom guilt for snapping at the kids. She mentioned that her quint, Riley struggles with social distancing challenges. But, she now admitted she also feels frustration and sometimes, a lot of anger. But, she’s found a way that helps her cope. So, she passed it on to her followers.

Danielle Busby certainly doesn’t sit alone with her frustrations and mental health issues right now. Across the world, millions of people actually suffer even stricter lockdowns than the USA. In fact, the CDC addressed the many mental health impacts the coronavirus brings to people. And, they mention that the kids obviously aren’t unaware something serious goes on. Some of their behaviors might change. For example, younger kids might show more “irritation.” They may “act out” a bit more, and others. Maybe that happens a bit with Danielle, as she gets super-frustrated and angry and now she feels guilty.

The first child who felt the negative effects of the routine disruptions that Danielle mentioned, was her quint, Riley. The little bright-spark misses the challenges of school. And, many fans commented in her Instagram post that their kids also struggle with the new normal. Kids taken out of their routines really struggle with it. And, other OutDaughtered fans mentioned their own frustration and fears rise as well. Well aware she’s not doing well in this regard, Danielle took to her blog and shared a few tips on what helps her.

On the Busby family’s It’s A Buzzworld blog, Danielle shared how she struggles with her temper. Very honestly, she described how she feels. She noted, “all the Mom/Wife/House duties, new working routine for me, and lastly… home schooling six girls… all this makes [me] want to … ummm ‘punch someone in the face’, hahaha.” Okay, we get it. Danielle’s really struggling. Not that she’s likely to actually punch anyone in the face, but fans get the idea. Like many other people, Danielle sometimes wants “to pull [her] hair out.” As she noted, not every day feels like that, as sometimes the kids behave really well. But other days, she yells.

On days like that the OutDaughtered mom loses it as she feels “no one cared to follow or listen to my parenting advice or guidance.” Many people might relate to the fact she feels everything’s “out of whack.” Yeah, she battles with stress symptoms, like feeling she “can’t breathe.” While she knows this happens with many people right now, she struggles with coping with what’s happening. But, she found something that assists her and passed it on.

‘Punch in the face’ from God from the OutDaughtered mom

Fans know that Danielle and Adam Busby often look to God and the bible for guidance. So, she turned there to assess herself. She said she wondered if she’s wrong and if she’s being “disobedient” to God’s word. To her shock,  she realized that’s in fact, the case. Danielle wrote, “I AM being the disobedient child to Him. His word ‘GRACE’ is getting thrown at my face,” She even mentioned that when she read about grace, she felt like God just “punched [her]” in the face.” Danielle then noted that the book of Ephesians even says that grace and favor’s not a right but a “gift from God.”

So, she now takes a few moments making an effort to control what she says. She gives herself a few moments of silence and takes a breath before speaking. The other thing the OutDaughtered mom finds useful is being prayerful about a saying in the book of James. She noted that it says, “Everyone should be quick to listen, slow to speak and slow to become angry, for anger does not produce the righteousness that God desires.”

Mom Guilt….There are days I feel like I am failing at this Mom thing, and maybe there are other Moms that can relate. This #FaithfulFriday blog post is a reminder that God says: We are Loved. We are Called. We are Equipped. We are ENOUGH. ✨itsabuzzworld.com ✨ #mamalife #itsabuzzworld #simplyblessed

What do you think about the way Danielle copes now with her anger and frustration? Do you have any other ideas to share? Sound off your thoughts in the comments below.