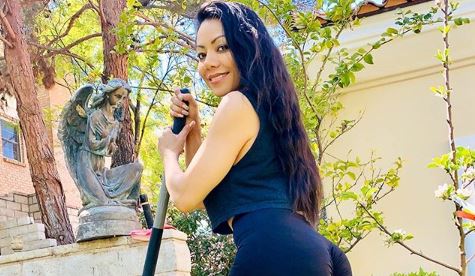 Marrying Millions is a show that aired one season and viewers loved it. Now the show has hit Hulu and everyone who is staying home seems to have found it. Here is a little update on how Brian and Gentille are doing. TV Shows Ace already revealed that it looked like a lot of their relationship was fake.

Brian actually is an actor with a pretty big acting history. He has been in over 60 various roles, but mostly as an extra. This had fans thinking that there was a big chance that this was all an act. He did get his name out there even if he didn’t get the girl in the end.

As of right now, Brian of Marrying Millions doesn’t even seem to have an active Instagram account. Nobody knows what he is up to, but him.

Nobody knows for sure that this relationship was fake, but regardless, it doesn’t look like Brian and Gentille from Marrying Millions were able to make it work. They were a bit of an odd couple.

How is this Marrying Millions couple now?

It doesn’t look like Brian and Gentille have anything to do with each other now. She is constantly posting on her Instagram, but there is nothing with him. There is also nothing with a guy showing that she is in a relationship. It appears that she is just enjoying her life. It also looks like she is still living in the Las Vegas area.

The picture above says it is just with friends, but there is a man sitting next to her. That doesn’t really mean anything, though. One man did call her a close friend as you can see in the post below. It looks like she has been able to get a few sponsored posts and still loves showing off her amazing body in the photos she shares.

It looks like for now, she is just going to stay quiet about her love life. You never know if they could turn up on an upcoming season of the show or if she could even show up with the new guy in her life if there is one.

You can catch Marrying Millions on Hulu. The entire first season is up to watch. There has been some talk about a second season, but with the coronavirus going on right now everyone will just have to wait and see what happens.