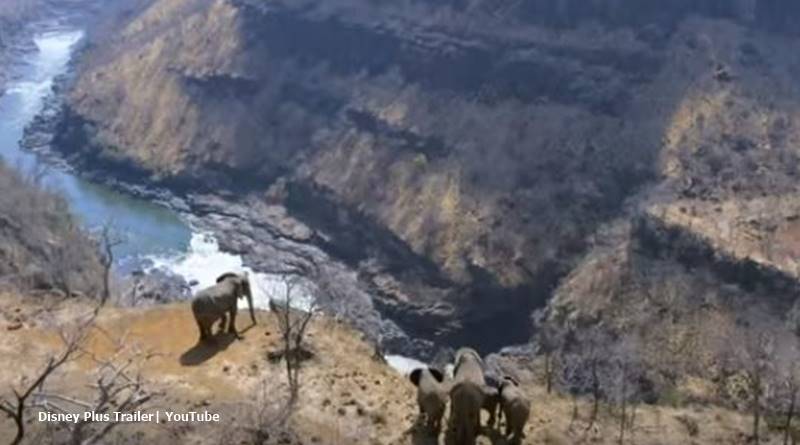 Meghan Markle hunts around for work now that she and Harry left the British Royal Family. Already, word came out in early February that she might do something with a reality show. Apparently, it involves weddings. meanwhile, fans heard she got involved doing the voice-over work for a television show. Now, Disney+ released the Disneynature documentary, Elephant. In fact, Meghan’s a hit with fans of the show.

TV Shows Ace reported that Harry and Meghan stepped away from royal duties. Like other people, they need to earn some money fast. Luckily, with her acting career in Suits and her high-profile position, they get plenty of offers. One of her first ones included the new documentary, Elephant. However, word’s yet to come about whether she also undertakes a show styled on I Do, Redo. When it comes out, fans can expect to see it stream on Netflix

Now, Disney+ released the documentary. In it, viewers witness the elephants take off on a 1,600-km  trek across the Kalahari desert in Botswana. Meaww reported that indeed, the narration’s done by Meghan Markle. Actually, the documentary raises money for the charity Elephants Without Borders. They work with Disney’s Conservation Fund. Nw, fans reacted very well to Megahn’s voice-over, saying that it’s “playful and adorable.”

The Disneynature film follows a family of elephants. Named Shani, Jomo, and Gaia, the leaders take the herd off in search of food and water. Then, it follows the drudgery of a journey of the last elephants who do epic treks in search of water. The show brings a deep look into the lives of the ‘Thirstland’ elephants. And, fans learn much about their interesting behavior. But Meghan Markle brings a voice that seems perfect for the role. Actually, some fans hope she continues with perhaps audiobooks. The show garnered loads of praise from fans on Twitter. One noted that it sounded almost as though the ex-royal talks to her own son, Archie.

Fans, glued to the show, enjoy the soothing voice of Meghan. This project seems like a complete win-win for everyone involved in it  One impressed fan wrote on Twitter, “Just finished watching #Elephant on #DisneyPlus. Next, they added, “Well done to Meghan, Duchess of Sussex for her narration of the movie.” The reviewer thought Megan Markle “a natural at telling the story of the elephants journey.” Actually, the “parallels to real life weren’t lost” on them either. Another noted, “Meghan, Duchess of Sussex, does a SUPERB job narrating the journey of these magnificent animals. Kudos to the filmmakers and all involved.”

Meghan did a terrific job narrating Elephant. Well worth my new subscription to Disney+. #elephant#ElephantOnDisneyPlus pic.twitter.com/EigZCNHjlu

Did you watch the new documentary, Elephant with Meghan Markle narrating? Did you like her voice-over? Sound off your thoughts in the comments below.

Remember to check back with TV Shows Ace often for more news about Meghan Markle.