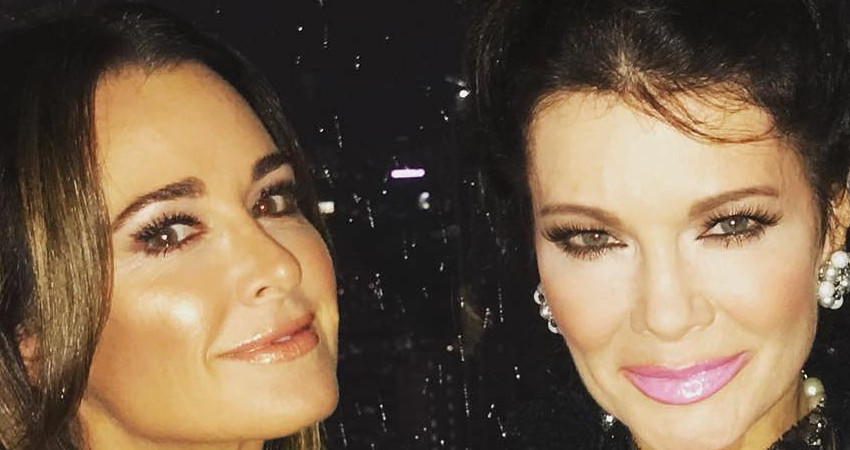 The Real Housewives of Beverly Hills star Kyle Richards may not appear alongside former friend Lisa Vanderpump on the Bravo show these days. But she still runs into her around town from time-to-time. Kyle spilled more tea to Bravo host Andy Cohen about her latest encounter with her former co-star.

She also dished on how her RHOBH co-stars are handling the stay-at-home order. Reality Blurb reports that Kyle recently had to color her hair to get rid of the grey. TV Shows Ace recently wrote about Lisa doing housework due to her staff unable to work in her home for the time being.

RHOBH Star Says She ‘Hid’ From Lisa at a Clothing Store

Kyle appeared on Watch What Happens Live on Thursday, April 2. RHOBH’s upcoming Season 10 was a hot topic, but Andy couldn’t help bringing up the Season 9 drama between Lisa and Kyle.

As fans know, Lisa ended her friendship with Kyle after being accused of leaking a story to the tabloids about co-star Dorit Kemsley. Lisa also left RHOBH over the drama.

During her WWHL appearance, Andy Cohen asked Kyle if she’s seen Lisa since. Kyle repeated an earlier story about running into Lisa twice at Neiman Marcus and once in a restaurant. However, Kyle gave Andy a few more details about the encounters.

“I bumped into her again. I’ve seen her twice at Neiman Marcus. It’s just so hilarious. The second time I saw her, she didn’t see me and I sort of hid, to be honest.”

Us Weekly reports that Kyle’s other run-in with Lisa was at a Beverly Hills restaurant. According to Kyle, the hostess seated her “right next” to Lisa, who was dining with husband Ken Todd.

In response, Kyle recounts that Ken reminded her that he kicked her out of their home during their final confrontation on RHOBH. Kyle told Andy that she wanted to hug Ken because she does “care about them.”

Bravo’s first fan convention in NYC was a huge hit with fans late last year. No one is a bigger Bravoholic than Sliders actor Jerry O’Connell. He reenacted Ken repeatedly telling Kyle “Goodbye” when he kicked her out of Villa Rosa. See the epic clip from Jerry’s Instagram below.

#BravoCon Cosplay about to see @bravoandy !!!

Tell us in the comments if you think Kyle and Lisa will ever repair their friendship.

The new season of The Real Housewives of Beverly Hills premieres Wednesday, April 15 on Bravo.