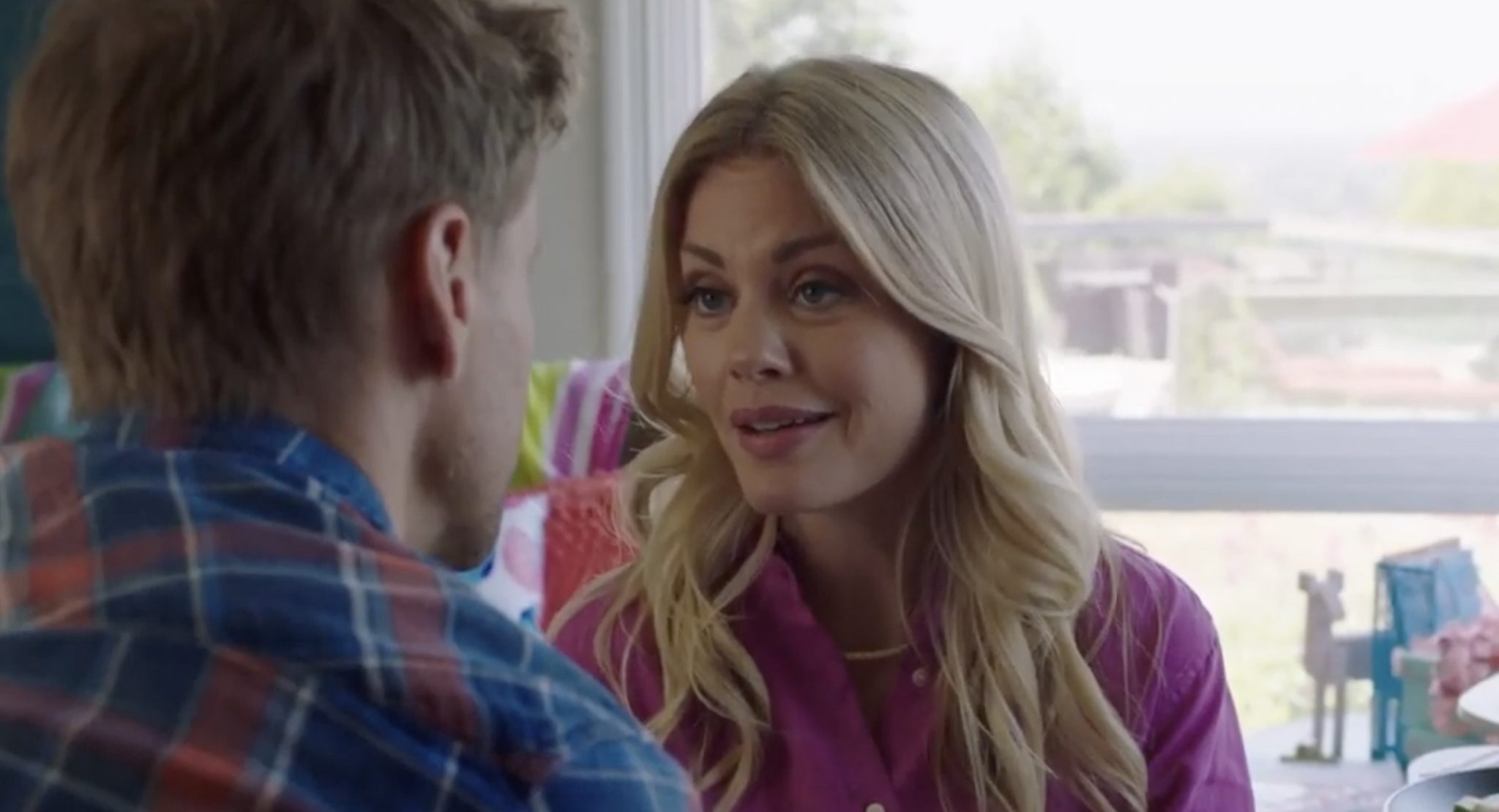 Lifetime Movies is premiering the new movie, Mommy Is A Murderer. This story will take fans on a thrilling and chilling emotional roller coaster ride. This LMN movie stars Bree Williamson (General Hospital) and Heather McComb (The Event), in Lindsay Hartley’s directorial debut. When does it premiere and what are the movie details?

What Is Mommy Is A Murderer About?

This Lifetime Movies thriller is a story about Karina (Williamson) and her new friend Lena (McComb) and Lena’s daughter Mallie (Josie M. Parker). As time goes on, Karina starts to suspect some unusual things about Lena and Mallie.

According to She Knows, one incident that triggered Karina’s suspicion is that Mallie has some makeup covering a birthmark. Lena seems a bit suspicious as she explains it is to prevent a kidnapping or child predators. This makes Karina wonder if Mallie is not even Lena’s daughter. Now, Karina begins to research kidnappings. She finds some information that makes her more suspicious. Could Mallie actually be a kidnapped little girl named Emily? Her biological parents have never found her!

Please note that Mommy Is A Murderer was originally called Forgotten Abduction.

When Does Mommy Is A Murderer Premiere?

Mommy is a Murderer airs Saturday, April 4 at 8/7c.

Lindsay Hartley fans, this is your weekend. The talented actress and writer is now a director! Mommy Is A Murderer is her directorial debut. In addition, Lindsay stars in another LMN thriller, Deadly Daughter Switch which premieres on Friday, April 3 on the Lifetime Movie Channel. In addition to starring, Lindsay Hartley co-wrote this movie with her boyfriend, Jason-Shane Scott.

Most of all, the key to her writing success is making it “believable.” She will surely use that same philosophy in her directorial debut. Moreover, Lindsay Hartley has a great passion for her fans and this genre.

Most importantly, are you ready to enjoy some thrilling Lifetime Movies? Be sure to check back with TV Shows Ace for the latest Lifetime Movies news. Mommy Is A Murderer premieres on Saturday, April 4, at 8 p.m. Eastern, on LMN.