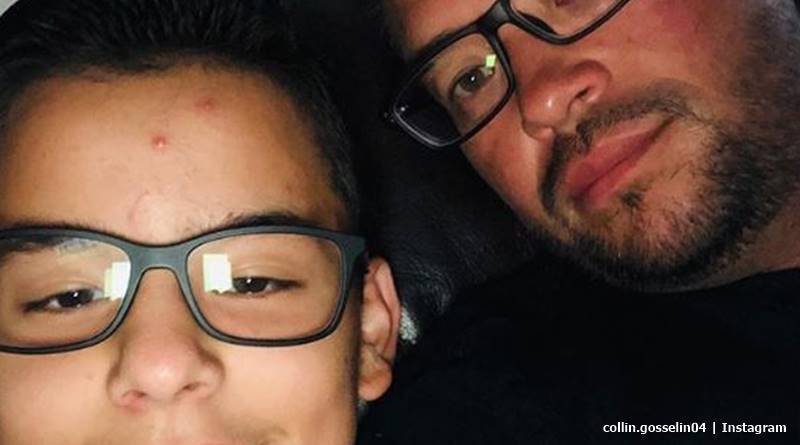 Jon Gosselin just turned 43 years old and he got a lot of love from his immediate family. His son Collin posted a lovely message to his dad. And, his girlfriend Colleen also wrote some really nice things about him. Actually, after years of being in his toxic relationship with his ex-wife Kate, it’s nice to see he’s well-loved by people.

Jon Gosselin took over custody of his son Collin, who loves him a lot

It certainly looks like Jon Gosselin won the love of his son Collin when he went to court to get custody of him after Kate sent him away to some sort of institution. TV Shows Ace reported that Jon’s daughter Hannah also lives with him. While it’s not clear whether Jon sees the rest of the sextuplets or the twins, Mady and Cara, we do know that Kate won’t allow Collin to visit with his siblings. But, for the time being, Collin just seems super-happy to be home with his dad, Colleen, and his sister Hannah. He expressed his love for his dad on his 43rd birthday.

Collin shared a picture of him standing in front of the house with his dad, Jon Gosselin. Plus, he shared another photo of them sitting next to each other. He wrote, “Happy Birthday dad!!!! To the coolest most amazing dad.” Then he added that Jon’s “the one who’s always there for me, the one who’s always had my back.” Finally, he thanked his dad for that and hoped his birthday’s a “good one.”

One fan wrote, “Happy Birthday Jon! What a beautiful message to your dad Colin. …Thank you for sharing your lives with us. Collin. your bravery and courage is inspiring. You are so kind, loving and gentle.”

Colleen shares a lovely message to Jon as well

Jon’s girlfriend Colleen also posted on social media for his birthday. Colleen and Jon Gosselin really love each other. Jon told InTouchWeekly,” We’re committed to each other.” And, that’s so obvious in her sweet tribute to him on his birthday. She called Jon her “best friend!” Then, very sweetly, she shared, “I Love you more every day! I feel so blessed that you came into my life!” Well, Jon seemed thrilled with her message as he responded to her. His comment said, that he also loves her so much and that he really appreciates her.

Happy Birthday to my best friend! I Love you more every day! I feel so blessed that you came into my life! Looking forward to celebrating at home tonight! Stay safe at work today! @jongosselin1

What do you think about those loving tributes sent to Jon Gosselin for his birthday? Sound off your thoughts in the comments below.

Remember to check back with TV Shows Ace often for more news about TLC’s Kate Plus 8 and Jon Gosselin.