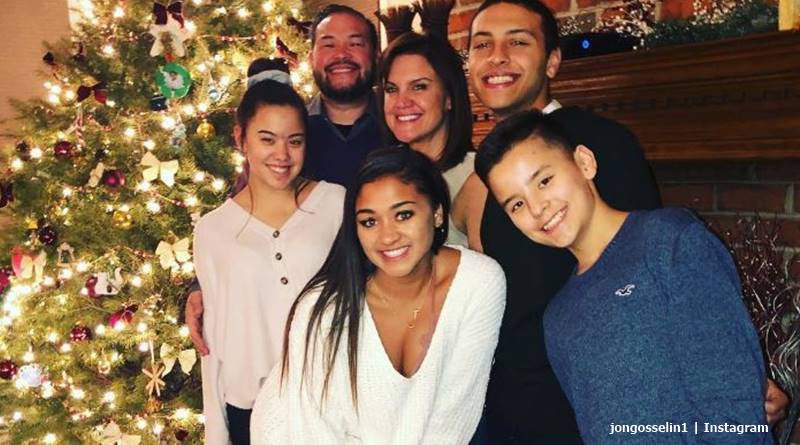 Jon Gosselin followers often see Jon out and about with his kids, Hannah and Collin. Fans think they look very happy and well. However, his son Collin doesn’t see the other six children in the family. Speaking on the Firstclass Fatherhood channel on YouTube, he said Kate won’t allow him to see his siblings who live with their mom.

Since Jon and Kate’s bitter divorce over ten years ago, Jon has found love with Colleen. His daughter Hannah, and his son Collin live with him. Plus, they go on vacations together with Colleen’s two kids. Jon said on his Instagram that he embraces his new family. But obviously, the estrangement from his other six kids worries him a lot. TV Shows Ace reported that fans love how happy Collin, Hannah, and Jon look together. Some fans think Jon deserves to spend time with the other kids as well.  The other four sextuplets live with Kate, and Cara and Mady, the twins, now attend college.

Jon Gosselin got custody of Collin after Kate never pitched for court. That came after Collin begged his dad to take him in. Prior to that, Radar Online reminds us he was in an institution. But, it’s possible that many people who watch the Kate Plus 8 show didn’t know that Collin doesn’t see his brothers and sisters, apart from Hannah. Jon talked about it on the Firstclass Fatherhood podcast. And, it sounds really sad some people think.

Jon reminded followers that his sextuplets turn 16 in May this year. Mady and Cara turn 20 later in the year. The two kids who live with him “go to school down the road.” Jon says the family’s divided, but he tries “to bring normalcy to them as much as possible.” He said that it’s taken “12 years of court” to get custody of just two of the kids. He said that Collin has “no contact” with any of the other kids. With regard to the other kids, Jon said that various lawyers managed to get it so that “custody is up to the children,” as they are getting older now.

There’s a court-appointed guardian who acts as a third parent in any parental dispute and Jon Gosselin says that “changed everything.” He says that now, the judges find out what the actual “truth is.” Talking about the kids seeing each other, Jon said that there’s a situation of “parent alienation” and “sibling alienation.” That’s because Hannah sees her brothers and sisters, but Collin can’t. Jon Gosselin’s trying to arrange for Hannah and Collin’s therapist to talk to the other siblings. In the meantime, Jon waits for the day when Hannah and Collin are old enough to drive, Then, they can go to the school where their siblings are and pick them up. And, he noted, “Kate can’t stop them.”

What do you think about Kate not allowing Collin to see his siblings? Sound off your thoughts in the comments below.