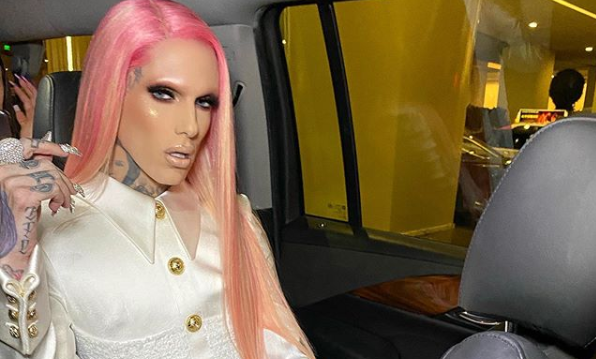 Mason Disick is ten and already making enemies on social media. The son of Kourtney Kardashian and Scott Disick got into a feud with Youtube makeup mogul, Jeffree Star. Mason created an Instagram and started streaming live as soon as he could. People picked up on who he was and started paying attention.

Star has previously dissed Kylie Jenner’s makeup. He said he would use it to clean up dog excrement. The age difference between the two makes the feud a little strange.

What Did Mason Disick Say About Jeffree Star?

In a tweet according to US Weekly he said, “I had $500 in my bank account six years ago … Maybe he’s confused with his own privilege versus mine being self-made, hopefully his father can educate him soon.” Perhaps he second guessed engaging with a ten-year-old, no matter how high profile.

This Isn’t The First Clash With The Kardashian/Jenners

Jeffree Star Has thrown shade before. When Kylie Jenner got the title of the youngest self-made billionaire, dictionary.com tweeted about it. They said, “haven’t we gone over this? Self-made: Having succeeded in life unaided.” Star replied, “I declined the feature so they had to pick someone.”

Before he insulted Kylie’s makeup line he said, “I’m a little nervous, because when it comes to reviewing anything Kylie, people think there’s past tea – which there is – but like, we don’t care about each other, there’s no like animosity.” Jeffree’s word carries a lot of weight in the beauty community and with impressionable young fans. That’s why his review is important.

As for Mason, he already got into trouble for talking about aunt Kylie’s relationship on Instagram. Kourtney deleted it after that. She said, “he started an Instagram, like, yesterday and didn’t ask us.” Undoubtedly he knew if he asked they would have told him no.

She said he has an iPad and a computer for school. Kardashian thinks he needs to be 13 before he has Instagram and Scott agrees. She said she worried about him getting mean comments. Kourtney and her family have had their fair share of getting mean comments. Kourtney just wants to protect her son from it for a bit longer. Mason switched over to going live on Tik Tok instead, so fans will see if he learned his lesson.