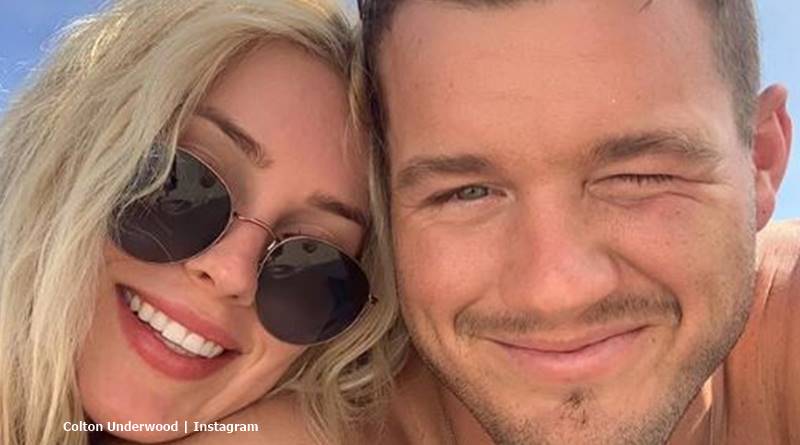 The Bachelor fans often wonder just how real the ABC show really is. In fact, speculation about that rose even higher with the latest season featuring Peter Weber. Meanwhile, Colton Underwood’s been at home as he contracted the voronavirus. Seemingly on the mend, he’s starting to be quite active on Instagram again. Now, he said in a Q&A that the show’s definitely not fake.

Colton went into his Instagram and did a Q&A. He answered quite a lot of questions from his social media followers, but one interesting fact emerged. Colton doesn’t believe the show’s faked at all. Obviously, he noted, there is some guidance, but the situation is real. He wrote, “I’ll say this…I had to walk through doors a few times.” Then, he also noted that sometimes he took “multiple showers” in a day. Plus, he was told that he should “hold certain conversations for specific dates.”

The Bachelor alum also mentioned that it’s “guided” rather than “faked.” Colton reminded viewers that “just because you’re guided doesn’t discount for the fact it’s still real people, with real emotions.” But really, some people feel that maybe a bit of fakery wouldn’t hurt. On Twitter, one fan suggested, “I’m petitioning for them to film #TheBachelorette completely over Zoom. Give Clare her happy ending with some fake backgrounds.”

Colton Underwood from The Bachelor mending from Coronavirus

Back at home, TV Shows Ace reported that Colton seems on the mend with his coronavirus virus. The worst of it seems to be over, he told fans. On his Instagram, he noted, “Day 11. I’m closer to feeling like myself and I am so grateful to have more of my lungs back.” On Monday, he took to Instagram again and shared a photo of him with a doctor and a child. He shared that everyone should remember that it’s “National Doctor’s Day.” Some fans freaked as he sat with a doctor and a child. But, concerned fans really shouldn’t worry about it. it seems to be an old photo and most fans know he’s more responsible than that.

One grateful The Bachelor fan wrote, “I thank you from someone on the front lines. I hope your feeling better.❤️” Meanwhile, another fan asked Coton what he did to help him “get better.” Unfortunately, he never answered that question. The main thing though, is that he’s on the mend and looking way better than he was. And, he’s got a future to look forward to as well. MSN reported that he plans to ask Cassie Randolf to marry him within the “next few months.”

Today is National Doctors’ Day, an annual observance aimed at appreciating all physicians who strive to keep us healthy everyday and even save our lives. I can’t thank all of these hero’s on the front lines during a global pandemic enough. Join me in honoring all of the doctors and medical professionals worldwide who’ve spent so much time & energy mastering their field of expertise to keep us healthy. Stay safe and stay strong. Love you all. #NationalDoctorsDay #Doctors

Remember to check back with TV Shows Ace often for more news about Colton Underwood and the rest of the cast from ABC’s The Bachelor.