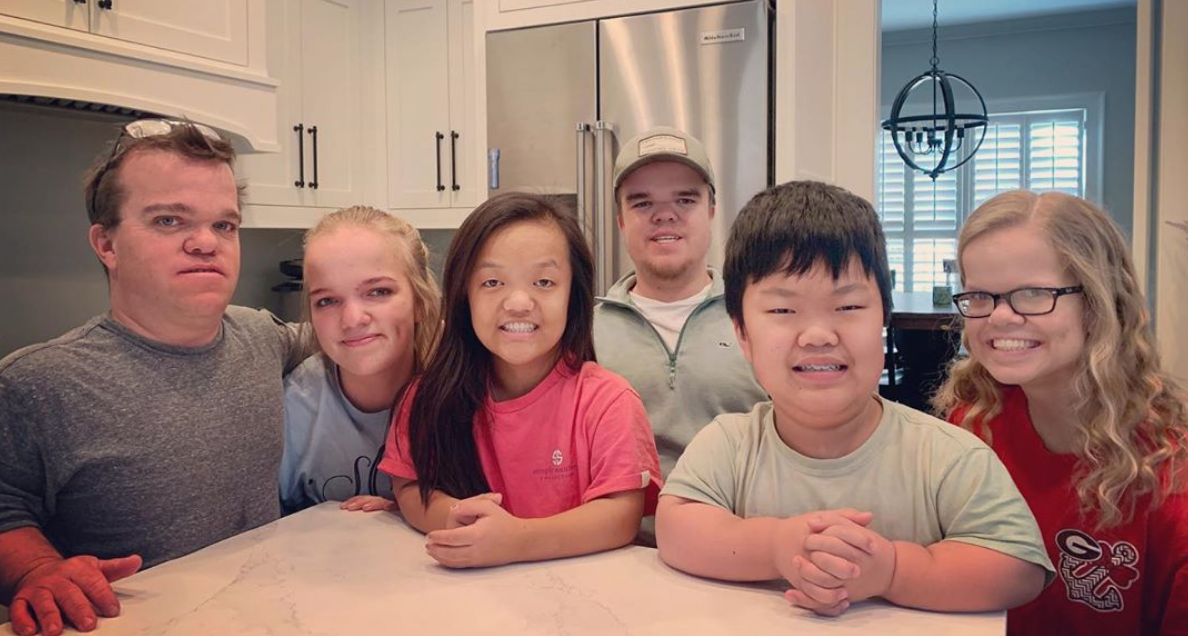 7 Little Johnstons premieres Tuesday, March 31 on TLC. A preview released last month showed scenes from college to grades, the Little People convention, and more. Now, a new preview shows that the family got together and made their own mini-version of Grease, which Amber and Trent just totally love.

TV Shows Ace reported that the first preview for the new season of the show revealed Anna getting ready to complete high school. She’s off to college and upset because she feels her family’s sending her away to punish her. Plus, Trent and Amber sit down with Jonah who got lower grades than he hoped during his freshman year. Trent warns him that “procrastination and laziness” now set the tone for the rest of his life.

The 7 Little Johnstons preview also revealed that on an outing, some average-sized people taunted and bullied the family. Trent confronted them and told them it’s just not good enough. Then, Elizabeth’s got a boyfriend named Brice and the family wants a chat about that. Meanwhile, Emma, who is entering eighth grade also chats with a boy. So there’s some worrying times for the Trent and Amber who try and guide their kids through this.

But, the show also brings some lighthearted moments, Hollywood Life reported. They made a video of Grease at the local town square.

Hollywood Life noted that in the new exclusive preview they got for the premiere, Trent explains “Amber and I have always loved the movie Grease and we totally relate to Danny and Sandy.'” So, they decided to make their own video to keep as a sort of memento. Trent also explained that the town square was shut down especially for them. But, it was super-hot that day and the crew ended up clipping fans to their belts.

The “Johnston version” of Grease reveals them performing their very own song, as well as authentic costumes. Amber notes that the 7 Little Johnstons family didn’t just want a good video. They wanted something good quality, describing it as, “fantastic.” Plus, for them, it’s a unique thing to hold onto as the video is their very own. So, that’s something for fans to look forward to seeing.

The show will air Tuesdays at 10 p.m. on TLC. Ahead of it, their official Instagram posts remind people about the show. Plenty of fans say they simply can’t wait for it. And, 7 Little Johnstons drops at just the right time as people stay home, hungry for new content on television.

#7littlejohnstons on @tlc in your living rooms ***TOMORROW NIGHT***