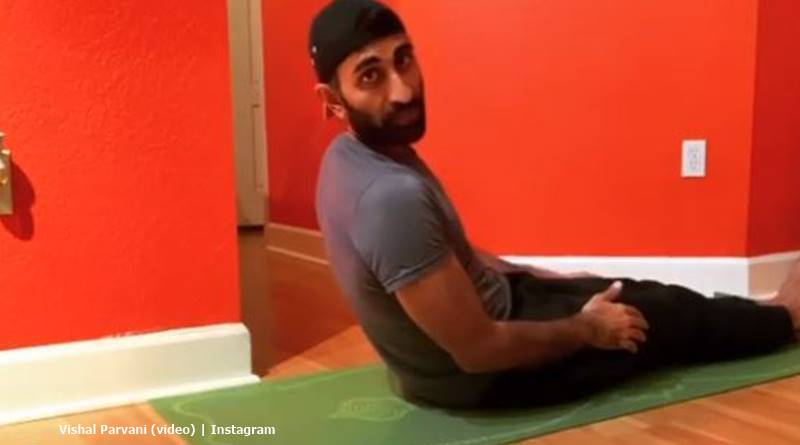 Family Karma on Bravo stars Vishal Parvani. The Indian-American reality show follows seven friends and their families in Miami. Vishal, initially very excited about the new show, took to Instagram this weekend to let his fans know he tested positive for the Coronavirus. Many of his fans pray for him, but one troll saw an opportunity to diss on him.

Bravo fans know that they produce way more than just the Real Housewives franchise. One of their recent additions, Family Karma gets a lot of interest from fans as well. One of those stars in the show is Vishal Parvani. Like Andy Cohen, who hosts much of Bravo’s shows, he announced he tested positive for Coronavirus. In the show, fans see Vishal in a relationship with his fiance Richa. He lived with his family, and she lives with hers. So, it seems a cultural thing, and families can always add to the problems of romance, as we see so often see on TLC’s 90 Day Fiance franchise.

Vishal also talks about Crohn’s disease on the show. Monsters and Critics noted that the Family Karma star fought the disease for 20 years now. They noted that he wants “people out there [to know] that even if you have an autoimmune disease, you can still have a great quality of life.'” Well, now he’s got Coronavirus, the auto-immune disease could prove a big risk factor for him. Nevertheless, a totally non-compassionate troll decided to diss on him anyway.

On Sunday, Vishal went onto his Instagram and shared a photo of himself. He wrote, ” I have been self-quarantining for the past 2 weeks.” Next, he said that he’d been “exposed to someone who tested positive for covid 19.” Actually, some fans wondered if that “someone” might be Andy Cohen.” Vishal said that he got the test straightway due to being “immunosuppressed.” He then noted that he’d tested as “positive.”

Vishal added that he’s not terribly ill at this time, but he “wanted to emphasize to everyone – please stay home.” Many fans responded and wished him well, and sent their thoughts and prayers to him. Those who also suffer from Crohn’s disease and related illnesses especially sent their blessings to him. But a troll almost unbelievably, decided this was the perfect time to diss on the Family Karma star.

Crohn’s disease, according to Medical News Today, notes there are five types of the disease and most of them attack the digestive process in the body. They also note there’s no cure for Crohn’s disease. But, it’s an autoimmune illness and the American Autoimmune Association notes that people with these illnesses need to take special care during the COVID-19 outbreak as they could be high risk. So, it’s a bit shocking that a troll reacted to the news by saying horrid things about Vishal that they perceive in the show.

The troll said, “You are so wrong for the way you treated Anisha. She’s the realest person on the show. And you sir need to come out of the closet! Your relationship with Armpit is clearly inappropriate.” Well, one furious Family Karma fan slammed them for that. They responded with, “what a horrible thing to say. You need to grow up, it’s just a show. He’s actually going through something serious, so if you don’t have anything kind to say, shut it.”

Hey guys, I have been self-quarantining for the past 2 weeks. After finding out that I was exposed to someone who tested positive for covid 19, I immediately got tested since I’m immunosuppressed. I was tested positive. I’m doing well, but just wanted to emphasize to everyone – please stay home. We will get through this together. #stayhome

No place for trolls in a world with Coronavirus

Hopefully, the troll will think twice before saying such thoughtless and nasty things to a sufferer from the Coronavirus again. It’s a terribly anxious time for everyone in the world now, and a little kindness goes a long way. Do you agree this time of crisis really has no place for trolls in it right now? Sound off your thoughts in the comments below.

Remember to check back with TV Shows Ace often for more news about Vishal Parvani and the rest of the cast from Bravo’s Family Karma.