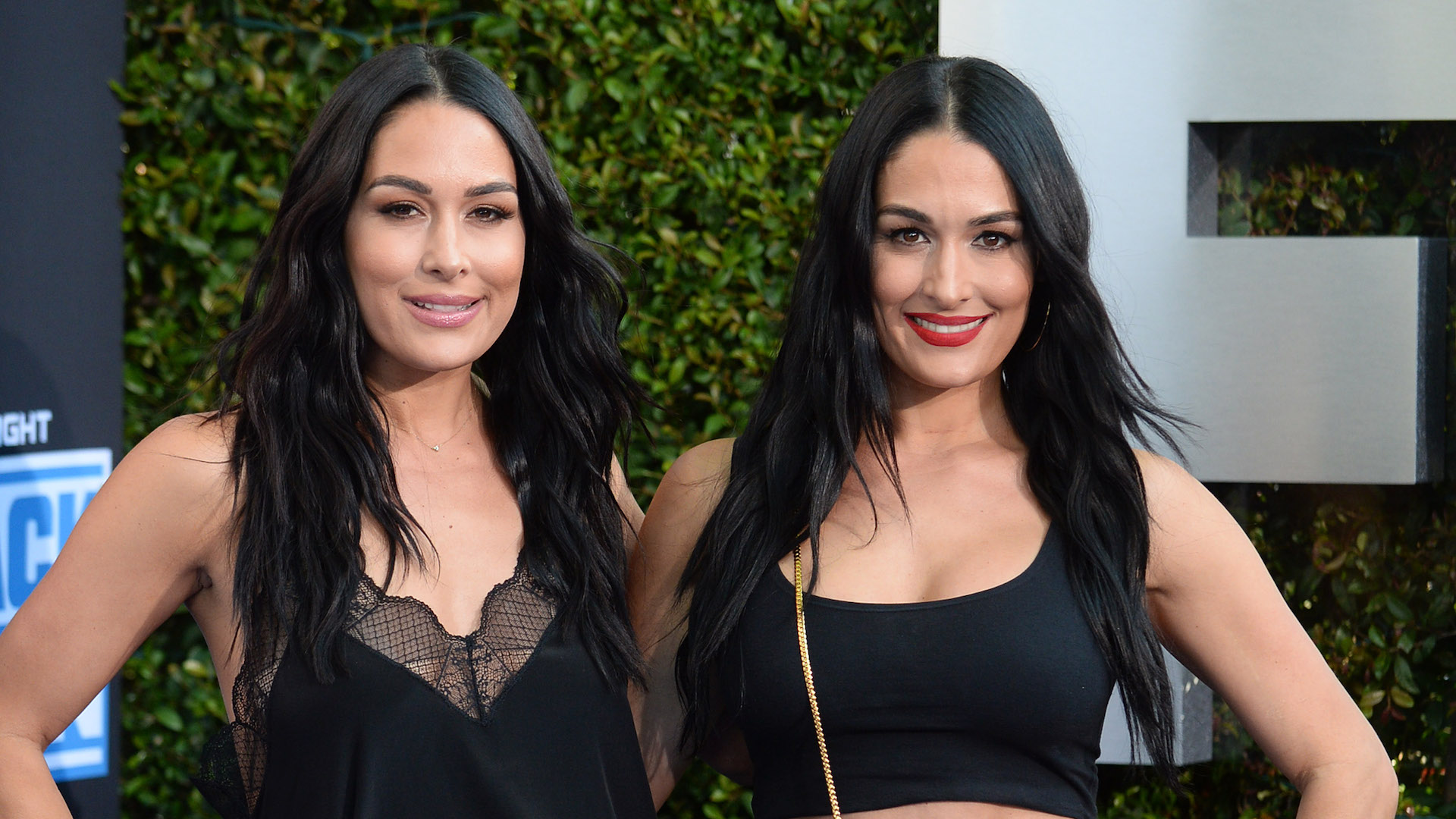 Nikki and Brie Bella announced they’re both pregnant just two months ago. A lot has happened for the twins in that time, as they now find themselves self-quarantined together. Here’s what we know about their current circumstances.

The Bella Twins are spending a lot of time together

The 36-year-old twins are no strangers to spending time together. In addition to working together in WWE for a decade, Nikki and Brie have starred in their own reality shows on E!, started their own wine business, and hosted their own podcast. That’s not even the tip of the iceberg.

The twins, now in the middle of their pregnancies, are self-isolating together. In speaking to The Talk‘s Marie Osmond, Brie opened up about the “tough” experience.

“I mean, I’m lucky because we are next-door neighbors. We literally have zero property line, so having each other’s company and support and staying positive really helps, but it’s a time when everything is so uncertain.”

Why is Brie separated from her husband?

While the Bella Twins may be experiencing their pregnancies together, this is actually Brie’s second go-around. Brie and husband Daniel Bryan welcomed their first daughter, Birdie, into the world nearly three years ago. Bryan typically spends several days a week on the road as a WWE superstar, but the coronavirus pandemic has affected his typical work schedule.

Bryan spent the last couple of weeks in Orlando while WWE pre-taped several episodes of their weekly programming, including WrestleMania 36. The former WWE Champion revealed on WWE’s The Bump this week that he will have to spend two weeks in quarantine upon his return home. Luckily, Bryan will be able to virtually see Brie and Birdie through video chat.

Is Nikki spending time with Artem?

Nikki is finally living her dream come true after getting engaged to her former Dancing With The Stars mentor, Artem Chigvintsev, in November. Fortunately, Nikki is staying busy by creating social media content with her fiancé.

The former WWE Divas Champion recently donned on her iconic wrestling gear to participate in the “Flip The Switch” challenge on TikTok. The quick clip saw Nikki and Artem switch wardrobes to keep fans entertained.

Will their quarantine be featured on Total Bellas?

Total Bellas Season 5 will premiere on Thursday, April 2. The new set of episodes will cover Nikki’s engagement, as well as the Bella Twins navigating their pregnancies together. With the coronavirus affecting productions all over the world, Bella fans are wondering how this will impact the new season.

Season 5 will likely have ten episodes once again. So, there’s a good chance filming has already been completed. This season’s storylines will focus on events that happened in the last part of 2019 going into 2020.

Catch Nikki and Brie back on-screen when Total Bellas Season 5 premieres on April 2.

Who Stole The Spotlight At The ‘Below Deck’ Season 8 Reunion?
‘Days of Our Lives’ Two Week Ahead Spoilers: Rex Crashes Xander’s Party – Abby Cracks
Would ‘Survivor’ Alum Ever Return After Getting Voted Out For Being Deaf?
Did Adam Busby Reveal Blayke’s Possible Career Choice?
What Does Camille Grammer Think Of The ‘Frasier’ Reboot?