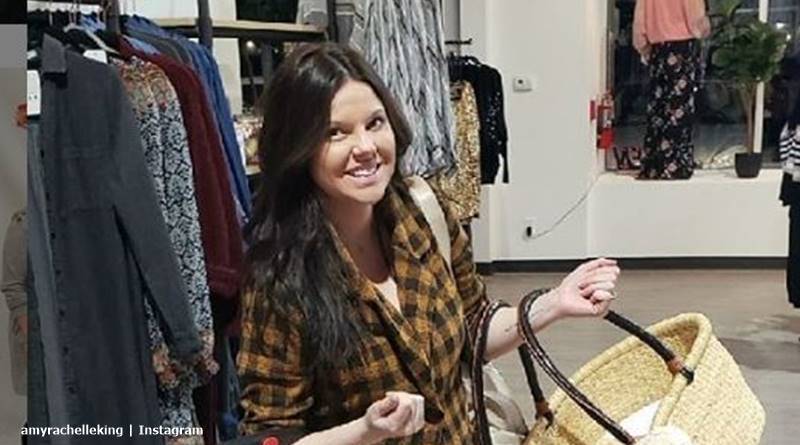 Duggar fans who follow Katie Joy on her Without A Crystal Ball YouTube channel might have seen an interview featuring Amy King. Amy is a cousin of the Duggar kids. Apparently, Amy contacted Katie Joy a few hours after the interview went up. She needed it taken down. Someone else allegedly wanted it off YouTube. Well, Katie made another video about it and suggested that someone in the Duggar family is trying to silence Amy.

Is the Duggar family checking out Katie Joy’s posts?

Katie Joy’s convinced that someone in the Duggar family monitors her posts on YouTube. She said in a brand new video, that she interviewed Amy King. The video didn’t discuss much about the main Duggar family. According to Katie, she talked about growing up, a bit about being on the show, and fun times she spent with her cousins. Katie notes they touched briefly on blanket training. Apart from that, Katie says there’s nothing contentious about the family in the video at all.

Duggar fans numbering about 2,000 watched it before Katie marked it as “private.” YouTube never took it down, she noted. Well, nobody knows who that “someone” is. But, most people could guess it’s probably the head of the family. Katie raged about it, feeling no network or person holds the right to just silence anyone. After all, America boasts the reputation of allowing freedom of association and speech. Many Counting On followers who follow Katie agreed with her.

Many fans expressed their outrage at the way someone apparently forces Amy into silence. One person wrote, “I’m disgusted that “someone” forced Amy’s silence…temporarily! I’m grateful [for] this video and gave Amy a voice…your channel matters so much. I’m hoping this is where the tide begins to change and the truth FINALLY is exposed. In the meantime, I’m desperately searching online for the downloaded version. And, rest assured, I’m going to make sure as many people as possible see this video!”

Then, another person interested in the Duggar family also chipped in. They said, “This family is something else. How do you protect a predator and make the girls feel that they did something wrong. The mother should be ashamed.” One more angry person wrote, ‘”Someone”…absolutely ridiculous. Amy was awesome and beautiful and she even said she holds her own Christian beliefs close to her heart. She didn’t say ANYTHING wrong.” Many more fans came up with similar comments.

On her Twitter, Katie Joy posted, “Please – Please Share this – Listen to this – and know that ‘SOMEONE’ connected to Amy Duggar King Does not want her story to exist & Does not want her interview to be heard.” Later, she shared that someone seems to think she hates “their family.”

Someone thinks I hate their family. No, I hate abusers that abuse others and intimidate them with their money & phony religion. I’m sure someone’s family is lovely

What do you think about Amy Duggar King being silenced by “someone?” Do you think that “someone” could be Jim Bob? Sound off your thoughts in the comments below.

Remember to check back with TV Shows Ace often for news about the Duggar family and TLC’s Counting On.