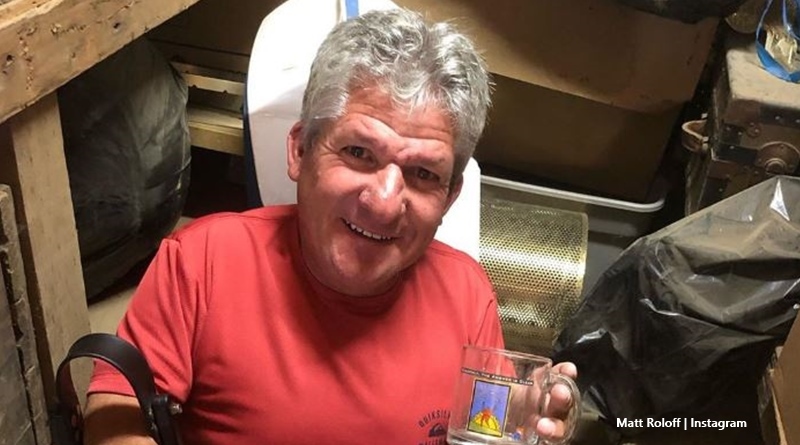 LPBW fans first saw pictures of Audrey and Jeremy’s son Bode on their Instagram. After a bit of time, Amy Roloff also went online to share her happy news about the arrival of her new grandchild. And now, the patriarch of Little People, Big World, Matt Roloff shared his first pic as well.

Celebrities, TLC cast members, Matt’s girlfriend Caryn Chandler and the Roloff Farms Instagram account also shared their congrats to Jeremy and Audrey when baby Bode James Roloff arrived. The next day, Amy Roloff took to her Instagram to share her first happy picture with her latest grandchild. TV Shows Ace reported that “she posted two photos of herself holding her new grandson. The third picture is of him sleeping in a cozy blanket. In the photos, Amy looks very excited to have a new grandchild.”

Now, Matt also shared his first photo of Bode. Like Amy’s post, he got a lot of love from LPBW fans. In the photo, Matt’s cradling his chunky looking grandson against him. He captioned it with, “This little fella is definitely a muffin man!” Then, he used the hashtag “#grandpaloveshisgrandkids.” Well, fans know he certainly shares plenty of photos of Audrey’s daughter Ember, and his grandson by Zach, Jackson. A few months back, he only had two grandchildren, but now, with the arrival of Bode and Lilah, he’s got four of the adorable cutie-pies.

On his post, Matt’s LPBW fans poured out their congratulations. Many of them mentioned how great he is with his grandkids. Here’s what some of them said:

Caryn Chandler also commented on the photo by the LPBW star. She wrote, “Another lil one to love 🥰.”

This little fella is definitely a muffin man! #grandpaloveshisgrandkids

Caryn Chandler seemed over the moon a few months back when Tori and Zach Roloff’s new baby arrived. Plus, she shares pictures of herself with Ember and Jackson, as well. People wondered if she saw herself as a grandmother to the Roloff brood of new kids. Popculture noted a comment that came on her Instagram post ahead of Christmas. Matt and Caryn had an early Christmas in Oregon, as they were away in Arizona for the holiday. One of her followers suggested that with Jackson and Lilah, she’s “a great grandma.”

However, Caryn seems to feel that term would be possibly disrespectful to LPBW matriarch, Amy Roloff. So, she replied, “I am careful not to call myself their actual ‘grandma,’ but I love them just the same.” For now, it looks like Jackson and Ember are happy just to call her “Chacha.”

What did you think of the nice photo that Matt Roloff shared of him with his new grandson Bode? Do you think he looks over the moon and very happy to be a grandpa again? Sound off your thoughts in the comments below.

Remember to check back with TV Shows Ace often for more news about the Roloff family of LPBW.

‘KUWTK’: Wait, Does Kanye West Have A Girlfriend?!
Did Hannah Brown Get Dumped? Why Is She On ‘Celebrity Dating Game’?
Lifetime’s Airs New ‘Cellmate Secrets: Drew Peterson,’ Original Movie
‘LPBW’ Did Zach And Tori Roloff Actually Move To The Farm?
Erin Krakow Wants Lori Loughlin To Return To ‘When Calls The Heart’