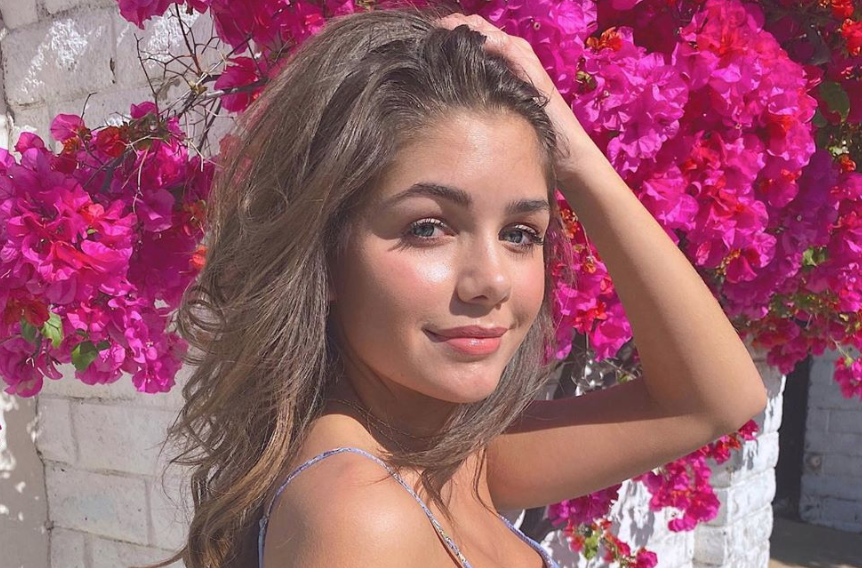 Hannah Ann Sluss may be over Peter Weber already. She’s talking about a mystery man that she’s getting to know.

Not long ago, Hannah Ann was engaged to Peter after the finale of The Bachelor. However, it was revealed that that didn’t work out because he still had feelings for Madison. He and Hannah ended their engagement and she has been showing her strong side ever since. Now, according to E!, Hannah is talking about new people she may be talking to. One, in particular, has her more excited.

Hannah has admitted that she hasn’t been on a date since her breakup with Peter, especially since the virus started going around, but that doesn’t mean she isn’t excited for a new mystery man. Not only does she have the man to look forward to, but now her whole relationship isn’t all over TV for everyone to make fun of and judge.

“He’s someone that’s been really nice, and I’m excited to get to know more,” Hannah Ann said. “It’s weird because, like, when I’m actually liking someone now, not the whole world knows about it. Like, it’s nice just to have private conversations, slowly get to know someone and not have everyone know every detail.”

Peaceful on Purpose – As much as I like to think I can control my surroundings, this season has reminded me that control is an illusion. It’s easy to feel down during this time, but I’ve been able to take hope in the reality that this is not forever. Each morning that I choose to surrender my game plan, I exchange it for more peace and more purpose 🌼#day6

Hannah may be interested in this new man, but they are definitely not exclusive yet. According to Hannah, she’s going to be keeping her options open for a while. After all, she was just engaged. It would be hard to bounce back from that, especially this quickly.

“I’m not going to be exclusive for a while,” Hannah said. “I’m getting to know lots of different people, but I will say there is one person in particular that I’m excited to go on a date with after all this is over with. Really excited about it.”

While it would be exciting for her to find love, it would also be fun for her to be on Bachelor in Paradise. She has mentioned there could be a chance that she will be on it before, so we are holding out hope. Hannah Ann has a crush on Tyler Cameron, maybe they will meet finally in Paradise.

What do you think of Hannah mentioning a mystery man? Do you want to see her on Bachelor in Paradise or do you want her to sit this season out? Let us know what you think in the comments below. Be sure to come back to TV Shows Ace for news on all of your favorite Bachelor and Bachelorette stars.