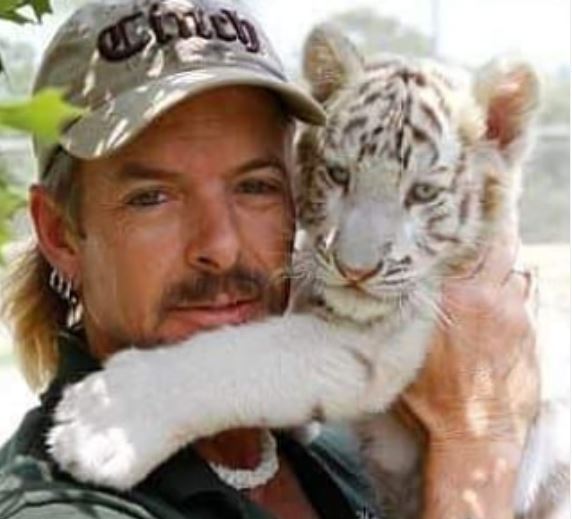 The new hit show Tiger King is airing seven episodes on Netflix. The fans can’t get enough of it and want more. So far, the show only has one season and seven episodes. So is there a chance for a Season 2 of Tiger King? Fans still have a ton of questions.

Joe Exotic of Tiger King is still in jail at this time. That would mean that there won’t be a lot of new footage of him. The thing is there are still a lot of stories to tell. Joe has made it clear he wants to get the truth out there. Nobody really knows what he wants to let the world know, though.

What would Season 2 be about?

Of course, this would also give them a chance to film new things. Jeff Lowe shared plans to move the zoo to a new location that they are already working on. Fans could see where the animals are moving and even maybe the opening of the zoo depending on when they film.

There are also a ton of other stories about people involved in the big cat breeding world. A lot of them were mentioned in the first season, but they didn’t go into their stories quite as much as fans would have liked to have seen.

Showrunner Rebecca Chaiklin talked to EW about it.

“I mean, yes, we have a crazy amount of footage and it’s a story that’s still unfolding. We’re not sure yet, but there could be a follow-up on this story because there’s a lot that’s still unfolding in it, and it’ll be just as dramatic and just as colorful as what has unfolded these past few years.”

For now, fans will just have to wait on the word from Netflix about if the show Tiger King will be coming back for another season. There is no confirmation either way yet, but it is good to know that Season 2 of Tiger King could become a reality.

You can watch Tiger King on Netflix right now. The seven episodes are all about 45 minutes long.