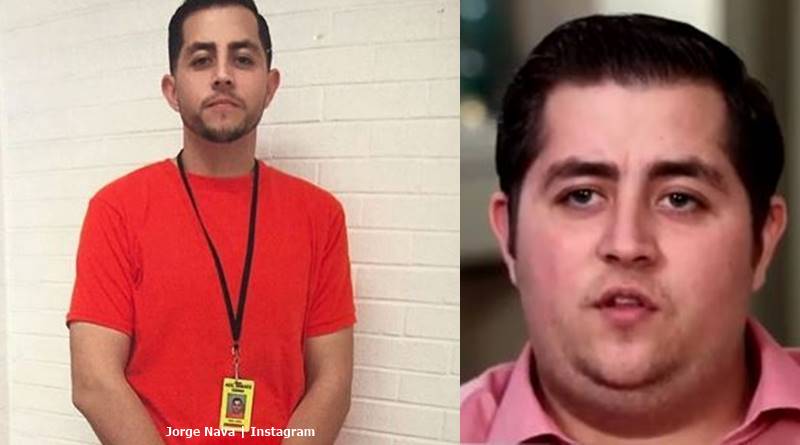 90 Day Fiance fans know that Jorge Nava featured on the TLC show with Anfisa. After his arrest for marijuana, he ended up in jail. For a while, Anfisa stuck by her man, but recently, she revealed she found a new guy. Jorge, due release from prison in August this year, now shared a photo of himself in prison. And, many fans think he’s looking great.

TV Shows Ace reported in February, that Anfisa seemingly confirmed the rumors she found a new man. His name’s Leo, and he shared the first photo of himself with Anfisa. Since then, she also shared pics of him. She also replied to a fan on Leo’s post.

The fan said, “Glad to see the queen happy. I hope you treat her right!” In response to that, the 90 Day Fiance star wrote, “the queen found her king 👑 ❤️.” So that confirmed what everyone suspected.

But, she’s still married to Jorge and her Instagram shows she still uses his surname. Some 90 Day Fiance fans noticed the “coincidence” that when Anfisa recently shared another photo of herself with Leo, Jorge suddenly popped up and shared one of his own. And in that picture, he looks a lot thinner, fitter, and way more handsome than Leo does. In fact, Jorge’s fans think he looks great.

Jorge posted up his picture and captioned it, “Hey everyone, so glad to be on Instagram now to be able to connect with you guys!” Then, he talked about the coronavirus, noting, “Praying for everyone that’s being affected by the Coronavirus. I know it’s a tough time for everyone right now. And we’re all going through it.”

Sharing some positivity, he also wrote, “We just have to stay strong and positive and together we will get through it. Stay healthy, stay safe out there.” Finally, he mentioned getting out of jail, writing, “Can’t wait to be with you guys again soon!”

Many 90 Day Fiance fans reacted to Jorge. One said, “Oh my oh my 😍. Look at you know.” Then, another one commented, “Be safe and you look awesome!” Then came this comment, “omg he looks hella good 😝,”

Someone replied to that noting, “better than anfisas new man.” Meanwhile, one follower wrote, “Forget a snack, you be looking like the whole buffet 👌 🔥.” And, he certainly looks very well.

What do you think about Jorge looking so well, in fact much better than Anfisa’s new man, Leo? Sound off your thoughts in the comments below.

Weekly ‘General Hospital’ Spoilers: Nikolas’ Plan Could Cause Heartbreak
‘Attack On Titan’ Live Action Movie Eng Dub: How & Where To Watch
‘My 600-Lb Life’ Update on Sarah Neely: Where is She Now?
‘Days Of Our Lives’ Spoilers: Rafe Has A New Murder Suspect
‘GMA’ CRUCIFIED For Airing ‘Stalker’ Colton Underwood Coming Out