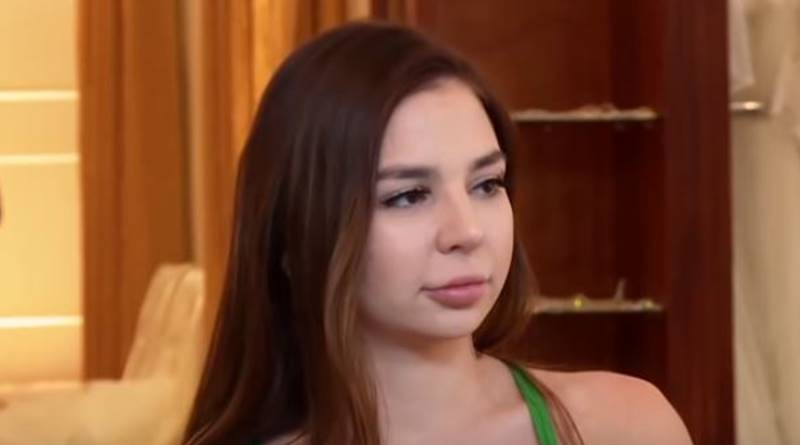 90 Day Fiance fans know that Anfisa married Jorge, who later got charged for dealing marijuana. He sits inside and expects his release later this year. Meanwhile, Anfisa got on with her life and did incredibly well in the world of fitness. Over on her YouTube, she has a large following that watches her vlogs. Sometimes, she shares about fitness and other vids include healthy eating. But rumors emerged she might be dating a new guy named Leo. Now, Anfisa has seemingly confirmed that.

TV Shows Ace reported that @fraudedbytlc on Instagram dropped the first picture. They suggested the couple dated. Later in another report, we noted that Leo shared a photo of them looking close. In that picture, he thanked “God that Anfisa takes a better selfie” than he does. Joking, she told him not to “thank God,” but he should thank her.

Fans seemed a bit skeptical at first, as everyone knows that she’s still married to Jorge, even though he sits in prison. The Ashleys Reality Roundup also reminds fans that the imprisoned 90 Day Fiance star said in November that Anfisa looks forward to his release. The outlet also noted that Jorge seemed intent on gearing up physically, as he too dropped a significant amount of weight and worked hard while in prison.

On Leo’s Instagram, where the photo above originally got shared, fans begged Leo to treat Anfisa right. One said, “Glad to see the queen happy. I hope you treat her right!” In response to that, the 90 Day Fiance star wrote, “the queen found her king 👑 ❤️.” Meanwhile, every time people congratulated the couple on his Instagram, Leo replied with a “thank you.” He certainly made no effort to deny that they’re actually dating.

It’s interesting that future developments could bring Anfisa back into the media spotlight. After all, as far as everyone knows, she’s still married to Jorge. It’s not clear what happens if she openly dates someone else while he sits in jail. Could we see a messy divorce between the two 90 Day Fiance alums in the future?

What do you think about Anfisa agreeing that she, the queen found her “king?” Are you surprised they don’t seem to hide their relationship, especially as she’s still married? Sound off your thoughts in the comment below.