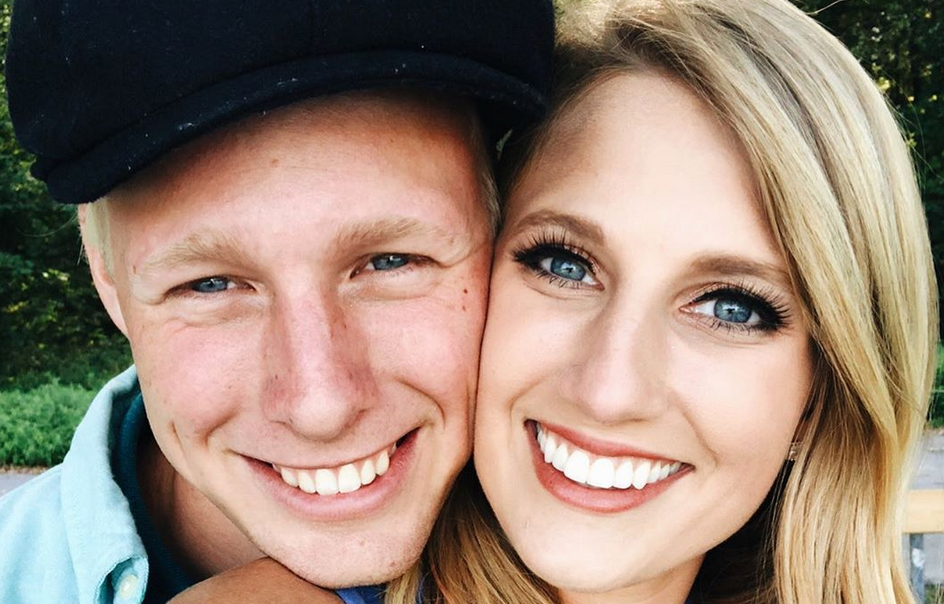 On Friday, March 20, Olivia Plath of TLC’s Welcome to Plathville was the guest on the Hey Frase podcast. The podcast is hosted by Sarah Fraser and Andrea Lopez. On the podcast episode, they asked Olivia about the show, her marriage, her in-laws Kim and Barry Plath, and more. Olivia gets really honest about her life and opens up about what’s going on in her relationships.

Where does Olivia Plath stand with Kim and Barry Plath?

If you watched the show, you know that there was a lot of conflict between Ethan Plath’s parents and Olivia. On the podcast, Olivia reveals that the conflict started prior to the show’s filming when she was engaged to Ethan.

When Ethan and Olivia first started dating, Olivia let Kim walk over her. This is due to the conservative Christian values that both her family and Ethan’s family adhered to. So, Olivia didn’t feel like she was able to speak up or stand up for herself. But, when Ethan and Olivia got engaged, Olivia decided she wanted to do things her way because it was her wedding.

Then Olivia says, “I came to a breaking point where I’m like, ‘I’ve had enough of people walking on me my entire life.'”

Now, Olivia doesn’t see Kim and Barry. She said she hasn’t seen them since Welcome to Plathville ended. She also revealed that Kim and Barry will even look the other way if they run into them in a grocery store. They don’t talk to each other.

Since the show ended, Kim and Barry moved from the farm. The family’s farm is now on Airbnb because of Welcome to Plathville. The family lives in town. At that point, they wanted Micah and Moriah Plath to move out. So, Moriah now lives with Ethan and Olivia and works two part-time jobs. Micah lives with a friend and works in town. Moriah still talks to her parents because she wants to have a relationship with the little kids in the family. But, the family doesn’t really talk to Micah.

How is Olivia and Ethan Plath’s relationship?

On the podcast, a big topic of discussion is Ethan and Olivia’s relationship. After a recent Instagram post from Olivia, some of her followers were concerned that they had split up, as reported by TV Shows Ace. So, this led to a conversation on the podcast.

FIND 👏🏼 YOUR 👏🏼 TRIBE This past week I’ve had to make some of the hardest personal decisions I’ve ever faced. It’s been a war of what my gut and heart are saying and needing vs what everyone around me is saying and wanting. I’m naturally a people pleaser, but the hell I walked through this past year taught me I have to stand by my boundaries 🌿 To the people in my corner who have showed up, I can’t thank you enough. I know if I listed names, I would forget someone ♥️ From letting me crash on your couch for advice, letting me talk your ear off on the phone for literal hours, sending me sweet texts, letters and mail, and being the best support and friends a girl could ask for, I don’t know how to say thank you. Some people’s hearts just become knit with yours and you know they will be by your side for the rest of your life. I’m the luckiest girl alive to know so many golden hearts all across the world 💛 Tag one of your tribe below and make sure they know how much you love them. We can always use a reminder how much we mean to someone 😘 Also, maybe someday I’ll talk about the significance Cheerios have in my life … but for now, just know they’re suuuuuper important 😂

Sarah asks if there’s any truth to her and Ethan splitting up. She says, “We had very strict dating rules, so I feel like in many ways we didn’t have the opportunity to get to know each other normally like many young people do. So, I understand why everyone would say that.” Then she adds, “So I feel like the odds are stacked against us.” She even says she has had times where she thought their relationship wouldn’t work. But, she’s standing by their commitment.

Early in the podcast, Olivia mentions that she grew up somewhat like Ethan did, but she wasn’t quite as sheltered. She talks about how her dad was a pastor at a conservative church. And, both she and Ethan “were wanting to get out so bad.” That’s why they started talking and dating in the first place.

Olivia mentions that she has to give Ethan grace through all of this. After all, they got married young. She says they’ve had to develop individually and in their marriage at the same time, which is difficult for them.

When asked about how she was cast on the show, she says that she felt like an “outsider” because she married into the family. Apparently, a show was Kim’s idea. Olivia says, “Kim wanted a show for a long time and, you know, had kind of pitched several things to different networks and whatever. And it was the band that brought TLC’s interest.”

Then, Olivia says, “I feel like, you know, TV shows thrive off people who are abnormal, and that was definitely the case here. So, if you’re weird enough, I guess you get a show.”

Of course, the possibility of Season 2 of Welcome to Plathville came up. As TV Shows Ace reported, it doesn’t seem likely. Olivia says, “As of right now, I don’t know to be completely honest.” Then, she adds that Barry and Kim didn’t think they’d do the show again. And, Olivia agreed with that.

Only time will tell what really happens as far as Season 2 goes. Because everything needs to stay under wraps, Olivia can’t reveal any details. But, she says she doesn’t know right now.

What do you think of what Olivia had to say? Share your thoughts below.