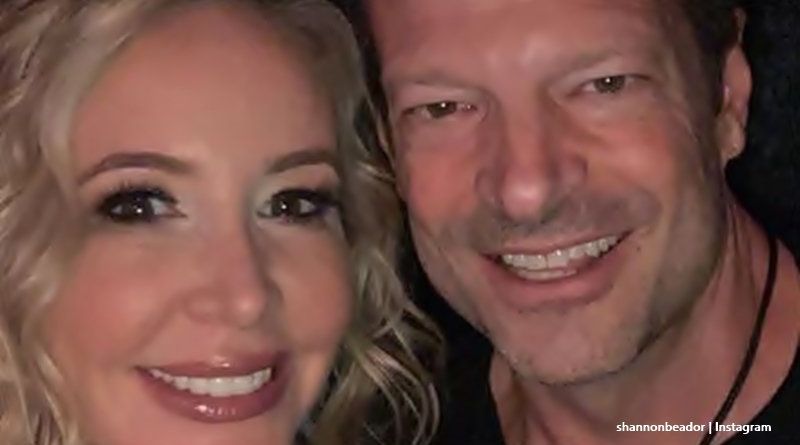 RHOC star Shannon Beador certainly seems happy with the time she spends with John Janssen during their social distancing. She sees the upside. She took to her Instagram and shared how close and loving they are right now. Many fans agreed that she simply glows with love and happiness.

Eight months ago, fans of the show heard that Shannon unveiled her new boyfriend. Ever since then, her obvious love and happiness shows in each photo she shares on her Instagram. In fact, TV Shows Ace reported he’s such a big part of her life, she hopes that he features on the Bravo show. Well, that’s according to a source who spoke to Hollywood Life last month. Anyway, the dynamics of the show shifted with the Tres Amiga’s gone. And why not? After all, she clearly dotes on John.

Now taking the same precautions as most people, the RHOC star and John spend most of their time indoors. And, Shannon’s just fine with that. Shannon said that they wait for the kids to come home (tomorrow). So just of the two of them stayed in for their very own “date night.” Plus, she added, “Beyond grateful for this amazing person in my life that is watching over me.” For Shannon, that aspect of it brings an upside. She ended by saying, “Quarantine is nothing but enjoyable.” Notably, she also used a special hashtag that showed she prayed for good health for everyone.

Many fans stated how thrilled they feel seeing how well “happy” sits on her. One person wrote, “Love love LOVEEE how happy you are now! Proud of you!💕👏🏽” Then, another one expressed, “You are the dream team♥️. I wish you both much happiness and love always♥️♥️♥️.” Actually, some fans hope for an announcement that they finally decided to make things permanent. Then, a follower wrote, “absolutely, there will be a silver lining in all this. families coming together. time spent together. glad to see you happy. God has a plan for us all.”

Date night in quarantine. ❤️Kids coming home tomorrow. Beyond grateful for this amazing person in my life that is watching over me. Quarantine is nothing but enjoyable… 😍 #blessed #🙏🏻forgoodhealthtoall

Well, things didn’t work out for Shannon with David Beador. The RHOC couple split after she filed for divorce in 2018. The divorce became official in April 2019 and Shannon revealed her new man in July. Nowadays, she looks better off without David. He already became engaged to his girlfriend Lesley Cook. Naturally, Real Housewives of Orange County fans hope that Shannon and John become a permanent couple and tie the knot as well.