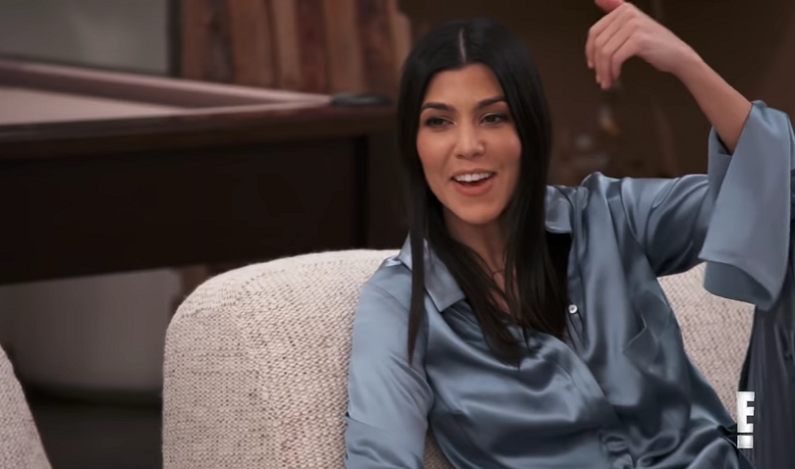 KUWTK star Kourtney Kardashian was originally done with the show. But now it seems like she can’t make up her mind. Fans would like to see her off the show permanently.

With the new season of Keeping Up With the Kardashians in swing, fans are looking forward to seeing fistfights from the famous family. The E! show promises to serve plenty of drama on Season 18.

However, there are plenty of changes coming to the show. First, it’s been moved from Sunday nights to Thursday nights since it can’t compete with shows like 90 Day Fiance. Second, Kourtney Kardashian, the family’s oldest sibling, can’t decide whether she wants to remain on the show. KUWTK fans are getting fed up with her indecision and want to see her gone.

Fans over on Reddit discussed Kourtney Kardashian’s indecision to leave the reality show. Some KUWTK fans think the only reason she’s staying is because of the money. Others feel that she should leave since she wants more privacy, especially for the sake of her three children. But her indecision is “annoying” to fans and they just want her to leave altogether.

The circle of life.

It’s unclear what the new season of Keeping Up With the Kardashians will be about other than family drama. It’s also unclear whether the new season will address Kourtney Kardashian’s need to leave the show behind. The family will have to change up their storyline if they want to keep viewers interested. Ratings have been on a decline over the years, and people have moved onto bigger and better reality shows.

Kourtney Kardashian announced she was leaving the show

Back in November 2019, Kourtney announced that she wanted to step away from the show to “put more energy” into being a mom. However, she said that she would still appear on KUWTK every so often. But it’s clear that she didn’t want to be a full-time reality star anymore. Some fans speculated whether Kourtney really wanted to focus on her children since she’s already dedicated to them. Others feel that she wants to focus on her lifestyle website, Poosh.

Kris Jenner told Ellen DeGeneres that Kourtney Kardashian is still on the new season of KUWTK and has filmed new episodes with the rest of the clan. DeGeneres cracked a joke about Kourtney wanting to retire. Kris only said that her daughter is taking “a little break” from being in the spotlight. Some KUWTK fans believe that Kris doesn’t want her to leave the show, while others are tired of Kourtney’s indecision.

Is Kourtney hard up for money?

Does she want to return to the show because she’s afraid to lose money? According to the March 23, 2020 issue of OK! Magazine (per Celebrity Insider), Kourtney initially wanted to leave the show, but now she’s reportedly strapped for money. An insider told them that she’s been spending her money like crazy lately and now she regrets wanting to leave the show in the first place.

“She’s been burning through her fortune like crazy for the past couple of years. Kourt acts like she’s an A-lister and pays for a lot of people around her too, from their meals to their vacations. But without a steady income, she was breaking the bank.”

The insider also revealed that Kourtney Kardashian was investing millions into her lifestyle brand. While she loves her new venture, she hasn’t achieved the same level of success that her sisters have with their own companies.

Talking about clean beauty, morning and evening beauty routines and all things health and wellness in my interview with @roseinc 🤍

“Everyone knows she was desperate to get away from reality TV but nothing else will pay the bills,” the snitch added.

What are your thoughts? Do you think Kourtney Kardashian is strapped for cash? Do you think she should leave the show? Sound off below in the comments section.

The new season of Keeping Up With the Kardashians debuts on Thursday, March 26 on E!. Check your local listings.

Check back with TV Shows Ace for the latest news on the cast of KUWTK.