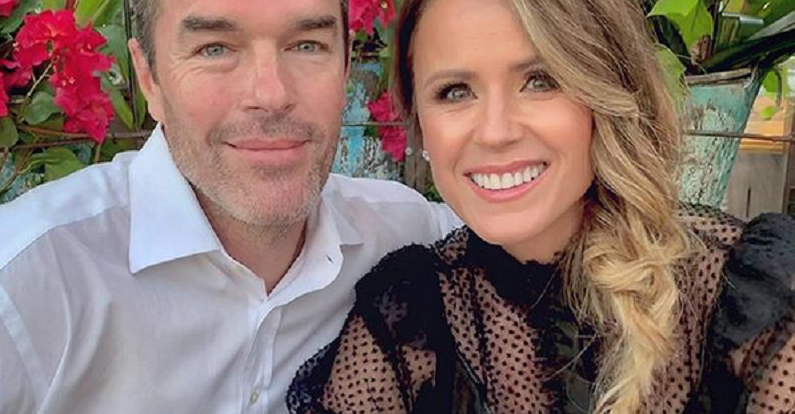 Bachelorette alum Trista Sutter is offering a sign of hope in these difficult times. She feels that “love can conquer all.” This comes after Peter Weber’s Bachelor journey ended. He proposed to Hannah Ann Sluss, but then realized his feelings for Madison Prewett, who already left the show.

On the March 10 After the Final Rose live episode, Madison and Peter said they wanted to give their relationship another go. But they had to get past Peter’s mom, Barbara Weber, first. She did not approve of their reunion, as she was clearly a Hannah Ann fan. The couple ended their relationship just two days later. Trista was inspired by Peter’s journey and had something to say about mothers-in-law.

Why the Bachelorette feels that “love can conquer all”

As per People, Trista Sutter took to Instagram to reflect on her own journey. She was the first Bachelorette during Season 1, back in 2003, when she found love with Ryan Sutter. The couple is just one of the few couples who have stayed together. Trista posted shared a heartwarming post for her own mother-in-law.

However, their Bachelorette journey wasn’t as perfect as it appeared on TV. She admits that their “love story was crazy” and that it was “an uphill battle against tradition and time.” They received judgement and skepticism from “people everywhere.” Love truly defies all since the couple celebrated 16 years of marriage last year.

Mother-in-laws named Barb can actually be a blessing. 🌹 Thankful for mine as well as the unconditional support of the rest of our families and friends during and after the original @bacheloretteabc and to this day! This photo was taken on the day @ryansutter and I introduced our parents and what I remember most is how much love and laughter surrounded us. We knew our love story was crazy. We knew, after only knowing each other for 6 weeks and being on less than 10 dates with cameras following our every move, that we had an uphill battle against tradition and time. We knew people everywhere were skeptical and didn’t believe we would last but with love and support, determination and conscious intention, communication, forgiveness, and a sense of humor, we celebrated 16 years of marriage in 2019. Who knows what’s in store for @pilot_pete and @madiprew, but what I do know is that love can conquer all. It’s much easier with a supportive family and one less obstacle, but it can be done! So, from the first to the latest couple in @bachelornation, I wish you both the strength and wisdom to fight for that success and find your true happiness. ❤️❤️ #thebachelor #mostdramaticever #barb #gratefulformybarb #sendingloveandsupport

Trista isn’t the only one who believes that “love can conquer all.” Madison is still a big believer of love, no matter what happened between her and Peter. Before ending her relationship with the commercial pilot in Australia, she told him, “I do think that love still wins. I do still think love conquers all because I’m willing to walk away so that you can get what you came here to find.”

Bachelor Nation is comprised of a large group of people who believe in love. Most of them faithfully watch the show and are a huge part of the Bachelor franchise simply because they want to find love. Bachelor alum Clare Crawley was announced as the next Bachelorette. Even though her journey is on halt, she admitted that she’s looking forward to finding love again.

These are challenging times. Trista Sutter’s message gives fans hope, especially in an era of social distancing and self-isolation. Since Clare Crawley’s season of The Bachelorette is on hold, fans want to know where they can watch old seasons of The Bachelor and The Bachelorette to hold them over for now.

As per Showbiz Cheat Sheet, fans can watch The Bachelor Season 24 in its entirety on ABC or Hulu. Older seasons are harder to come by. Only certain seasons of The Bachelor franchise are available for purchase on Amazon Prime Video. There’s also a website called the Bachelor Archive that streams old seasons of the series without any ads.

Bachelor Nation has been requesting that producers air the first season in its entirely on ABC or Netflix. Now would be the perfect time to look at Trista and Ryan Sutter’s love journey.

Check back with TV Shows Ace for the latest news on The Bachelorette.