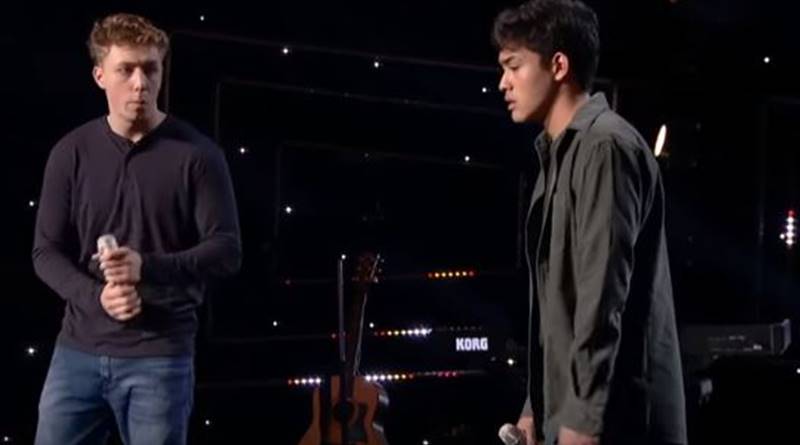 American Idol 2020 got the live shows in Hollywood suspended due to the coronavirus. But, fans still see some of the show on their screens. Many parts obviously get shot well before the audience voting starts. In the usual Hollywood Group performances though, things changed and rattled the contestants. The Groups now become a Duet with an opposite contestant.

TV Shows Ace reported production became suspended and all the contestants sent home. Naturally, fans expected that. Many shows suspended production during the virus outbreak. Luckily, ABC might have enough footage not shown that they could use to cobble some additional episodes together to see fans through. The recorded sessions still air, which at least is something. Obviously, a timeline for the resumption of the show’s live rounds can’t yet be determined.

Well, being sent home early wasn’t the only shakeup for the American Idol show this year. Actually, the judges just turned the singing competition on its head. Judges Katy Perry, Luke Bryan, and Lionel Richie announced a big “shakeup” for Hollywood Week. Lionel dropped the big surprise as a question. He noted, “You survived round one of Hollywood Week.” Next, he said, “What do you think is next?” Well, naturally they thought the Group session came, People reported.

Katy Perry likes the idea of a “curved ball” experience

People revealed a clip showing Lionel Richie telling the contestants, “You can give up backstage, you can give up back home, you can give up in your mind, wherever you want to give up. ” But he also noted, “But you never give up on stage.” So, the contestants now expect to showcase their favorite music styles in the new Genre Challenge. The new challenge allows contestants to choose their music style and perform a song in their favorite genre. That also means each contestant finds out more about the others. Anyway, collaboration’s always a good thing for musicians.

Essentially, the Hollywood Week Group session becomes replaced by the Duets. The American Idol contestants now pair up with an opponent. Next, they choose a song and put it all together in an arrangement. After that, they perform the track of their choice. Naturally, the question of who they should select as a partner could make or break their game in the Hollywood Rounds. Instead of competing against each other, cooperation means they need to work together closely if they hope to survive the round.

What do you think about these changes to Hollywood Week? Do you think it’s a good experience for the contestants? Sound off your thoughts in the comments below.