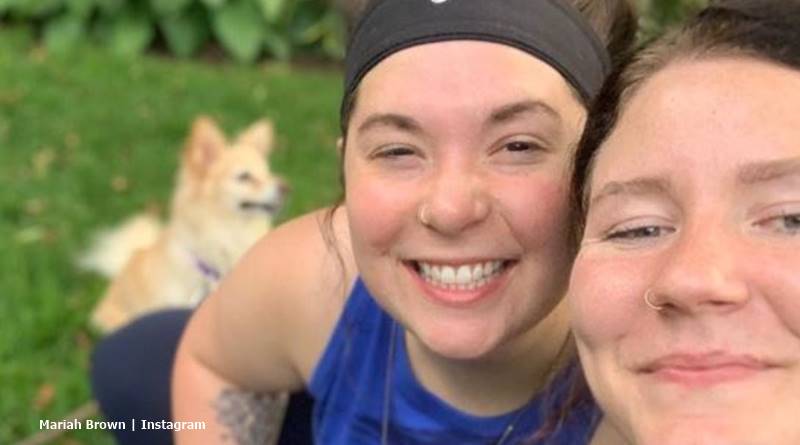 Sister Wives star Mariah loves spending time with Maddie Brown’s kids. So, we speculated they might start thinking about their own. Well, in the last episode, fans saw them talking about the possibility. Not averse to the idea, Mariah prefers the idea of Audrey carrying the baby to term.

TV Shows Ace noted that when Mariah hung out with Maddie Brown Brush a few days ago, she doted on her kids. Little Axel and Evie-K really delight her and she loves being an auntie. So, we wondered if and when they planned their own kids. We speculated they might adopt. But, one of them might opt to carry the baby.

Interestingly, Cheatsheet noted that the last episode addressed the question. So, where do they stand on that? Well, certainly, her mom Meri Brown loves the idea, so it looks like there’s no opposition that side. Taking a trip to see Mariah in Chicago where she attends University, Meri sounded excited after Mariah said they are thinking about it. The Sister Wives stars gathered for lunch, and the subject arose.

so grateful to be called “auntie” by these two little nuggets that fall asleep on my chest, hold my hand to cross the street, pretend i’m their personal horse, and laugh at my silly faces. the roles i take on in life are very important to me, and being auntie ri to these beautiful little beings is definitely one of my favorites.

Meri wants grandkids, and Audrey and Mariah plan for that

Meri said on the show, “They definitely…talked babies.”  Then she added, “I’m so okay with that.” And she doesn’t mind which approach they take, whether by adoption or making it happen some other way. Recall one of the main issues, when Mariah came out, was the possibility of her not even having kids. Meri gets on so well with the little kids in Brown family, obviously, she’s delighted at the idea.

Later, Mariah talked to the producers of the Sister Wives show. Mariah wants them to try and have their baby on the 29th as they both share that date. But, it looks like they prefer the idea of an actual birth rather than adoption. It seems that’s gonna fall to Audrey.

grateful for a little bit of sunshine & blue skies while in slc for a few days. sending lots of love out into the world today, i think we can all use a little bit more of that right now.

Mariah won’t carry the child when they have one

Audrey noted they want just two kids. As Mariah pointed out, an “only child” not ideal. And, more than two sounds like a lot to cope with. Then, Mariah told the producers, that carrying a kid falls to Audrey. Mariah said, “That’s not my thing. I’m good. I have never had the desire to be pregnant or to give birth.” No worries though, Audrey sounds excited at the prospect. The Sister Wives star said, “My body was built for this, I’m ready!”

Notably, neither of them know quite when the kids come along. Bear in mind, Mariah still studies and probably hopes to get her life sorted before kids.