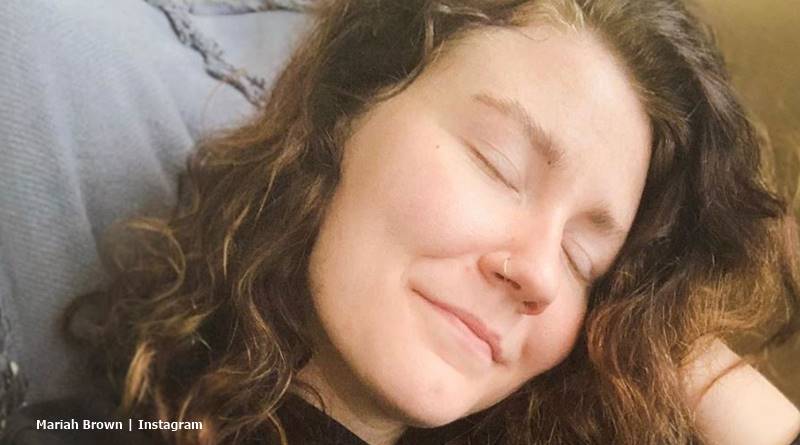 Sister Wives fans know that Maddie Brush brought the only two grandchildren into the world for Kody Brown. Although Maddie’s the daughter of Janelle and Kody, Meri’s daughter Mariah still sees Maddie as her full sister. The Brown family all accept each wife as a kind of mom and each sibling as a full brother or sister. Now, Mariah adores her niece and nephew by Maddie. Fans asked if one day, she and Audrey plan on kids. Might they adopt?

TV Shows Ace reported in January, that Mariah and Audrey Kriss celebrated their anniversary together. Engaged now, they seem very much in love and steady as a couple. Fans just wait for them to announce they’ll marry and perhaps start their own family. However, the couple doesn’t look in a huge rush for that. Probably, Mariah wants to get her studies behind her before they settle down for life.

In the meantime, Mariah makes the most of Maddie’s kids, Axel and Evie-K. She simply adores them and loves being an aunt. Taking to Instagram on Friday, she shared how special the Sister Wives‘ grandkids make her feel. She shared one picture of her cradling Evie-K and one of cute Axel holding her finger. She captioned it with, “so grateful to be called ‘auntie’ by these two little nuggets.”

Mariah’s post is full of love and fans react

In the post, Mariah spoke about the sweet things the kids do. Notably, they “fall asleep on my chest, hold my hand to cross the street,” and “pretend i’m their personal horse.” They also laugh at her funny faces. Finally, Mariah noted, “the roles i take on in life are very important to me. “She feels that being an auntie “is definitely one of [her] favorites.”

Well, many fans noted that being an aunt’s sometimes better than being a mom. After all, “you can hand them back to mom.” But, a few fans asked if Mariah and Audrey plan a family one day. However, she never replied. Fans know that Mariah having kids meant so much to her mom, the first wife of the Sister Wives family. The Daily Mail reminds readers that when Mariah came out, Meri felt terribly sad. They noted, “I just always expected that she would grow up, meet a guy, get married and have kids,’ a weeping Meri wails at the camera.”

While Mariah never expressed a deep desire to raise children, she loves being an aunt So, probably the maternal instinct lurks. There’s no issue with same-sex couples being accepted with kids these days, so they might go for it one day. What would her choices be? Well, first up they might opt for a third party to donate the sperm so they can have a baby. And here’s the interesting part – as they’re both women, either of them could opt to carry the child to full term.

Maybe one day, the Sister Wives‘ daughter and Audrey will adopt some kids. That’s an option they could consider for sure. After all, adoption by same-sex couples is mostly legal in the USA states. What do you think? Do you think one day Audrey and Mariah will start a family? Would they adopt or grow their own baby with a third party donor? Sound off your thoughts in the comments below.

Wait, Did Katie Thurston Just Accuse Greg Of ‘Gaslighting’ Her?!
Did Ariana Madix Change Her Stance On Having Kids?
Lifetime’s Thriller ‘Burning Little Lies’ Is Not A Fairy Tale
Hallmark’s Fall Harvest 2021 Titles Will Lead To Countdown To Christmas
New Picture Of Fern & Ivy Seewald Surfaces On Reddit…Kind Of