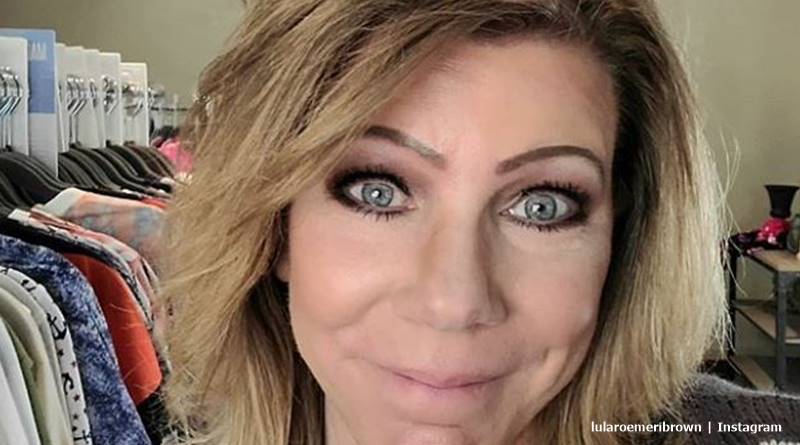 Sister Wives star Meri Brown disappeared off Instagram shortly after posting about resisting the temptation to get a puppy. But now she returned, and she said that she got locked out of her account. Actually, that seems quite common these days with reality TV celebs, and maybe people try hacking or make unsupported complaints.

Toward the end of February, TV Shows Ace reported that Meri posted a picture of herself with an adorable puppy. She said that she really didn’t want one. Certainly, it looked like Mariah’s mom really resisted hard. At the time Lizzi’s Heritage Inn popped up and reminded her that the inn’s dog-friendly. Mariah encouraged her to get one. But after that, her posts dwindled to nothing.

The Sister Wives star mostly uses her Instagram to promote her LuLaRoe business and comes with a large following. So, fans needed to get on over to her Twitter account. Notably, she posted a pic up on the Lizzie’s Heritage Inn page during her downtime, as well. That post paid tribute to her mom who does a great job running the BnB. Meri announced she returned to Instagram on Monday night.

Let's just take a minute to talk about this amazing human seated next to me. Lizzie's Heritage Inn hostess and innkeeper extraordinaire. The person who drops everything to be of service to her kids, grandkids, or anyone, for that matter. The person who keeps God at the center of her life. The person who never speaks an ill word of anyone and always finds the sunshine and the good things in life. Lizzie's granddaughter, my mom. When I was debating purchasing our old family home and opening this little B&B, someone expressed to me the importance of having an innkeeper in the home who had love and passion for the history here. I think she fits the bill! Happy Birthday mom!! . . . . #BedAndBreakfast #B&B #VintageHome #HistoricalHome #History #Family #Mom #HappyBirthday

Meri posted a nice photo of herself showing her lovely eyes. Her caption read, “Well hello again Instagram!! I was locked out for a hot minute but I’m baaaaccckkk!! 😀.” Fans greeted her like a long lost friend and many of them commented on her attractive appearance. One fan said, “You look great and your eyes are gorgeous.” Another one agreed, replying, “i keep staring at her eyes like wow. She is so gorgeous I love her too.”

One follower explained how special Meri and the Sister Wives show is to them. They commented, “she’s stunning isn’t she…she seems like a sweet lady…i do love watching their show…much respect to them and how they live…I just admire them so much.” Naturally, with the current season airing on TLC, the conversation also turned to the show.

A few fans took the opportunity to implore Meri to leave Kody Brown. Well, that’s been going on for years. And, there’s no sign that she intends on moving out, despite what fans see on the show. Some people wonder if the show scripts Meri to look like a victim.

Other Sister Wives fans think Kody’s a villain and Meri’s a victim. One pointed out, “You look so sad when filming. I feel for you. I don’t like Cody or the way he acts and speaks around you. I feel you would be much better and happier without him.” But really, it’s a television show, so what actually goes on in real life could be rather different. For now, Meri’s fans are mostly happy just to see her big happy smiles on her Instagram.

‘DWTS’ Pro Alan Bersten Shows Off Stunning Transformation Online
‘Love Island USA’: Will Cinco Dump Trina & Cashay For Leslie?
Chrishell Stause Vacations In Paradise With Her New Man — Who Is It?
Danielle Busby Brags She’s Not A Regular Mom, She’s A ‘Cool Mom’
‘General Hospital’ Spoilers, August 2-6, 2021: What Is Austin Up To?