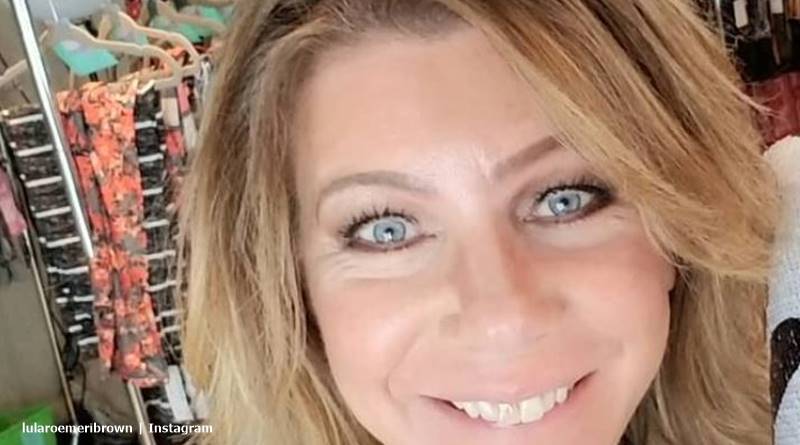 Sister Wives fans know that one thing Meri Brown adores is dogs. She really misses the dogs that her daughter Mariah keeps in Chicago. Meri’s very fond of Mosby and Koda. She posted up a photo of her with a puppy, and you can see from her caption, she really wants one. But, it looks like she tries resisting. However, her mom at Lizzie’s Heritage Inn reminded her that the BnB’s pet-friendly.

TV Shows Ace reported that Kody said that his wives are free to “move on.” But we noted that Meri stays despite this. Fans know that Meri’s very seldom at home in Flagstaff. Plus, when she’s not busy with her successful LuLaRoe business, she spends time with her mom who runs her BnB in Utah. Lizzie’s Heritage Inn seems to be doing well and has already won awards. It’s become a sort of second home for her.

For whatever reason, perhaps because she’s always on the road, she seems reluctant to get another pup. It seems a bit sad that a dog lover feels they can’t give a home to a “furever” friend. And, Meri’s obviously fighting the temptation right now to get one. She shared about it on Instagram, and the Sister Wives star sounds quite torn over it.

Fans know that Meri worked very hard for her BnB. Now successfully running, InTouch Weekly reminded readers that it “won an award from Official Best of America for being a Best Country Inn in Utah for 2019.” Meri can’t remain in the old family home all the time. But that’s okay, as her mom looks after it. reportedly close, the two women love the Inn and the Sister Wives star proudly posts about ti from time to time.

Taking to her Instagram on Tuesday night, Meri shared a pic of a pup and wrote, “I’m not getting a puppy, I’m not getting a puppy…..No for real I’m NOT….” She also used the hashtag “#NotMyDog.” Well, that sounds like Meri really wants a pup. But the Sister Wives‘ star’s being firm about it. However, Lizzie’s Heritage Inn made a very good point in the comments of the post. They wrote, “Lizzie’s is pet friendly!! Just in case you need another reason!!”

People urge the Sister Wives star  to get the puppy

Daughter Mariah said to Meri, “get the puppy.” Other agreed and one person wrote, “she is for sure getting this puppy. Right.” Then another fan commented, “Yes, you are getting a puppy! Yes, you have a puppy and its name is Latte! 😘😍🥰. Yes, you have a new puppy! Welcome Latte! You are precious!!!!💕❤️❣️.” Plenty more people urged Meri Brown to get the puppy.

However, it seems that Meri’s determined not to give in. The Sister Wives star replied, “I’ll stick to Mosby & Koda! 💙 But this guy and his siblings sure are adorable!”

What do you think? Now that Meri’s mom reminded her that Lizzie’s Heritage Inn is pet-friendly, do you think she’ll finally give in? Sound off your thoughts in the comments below.