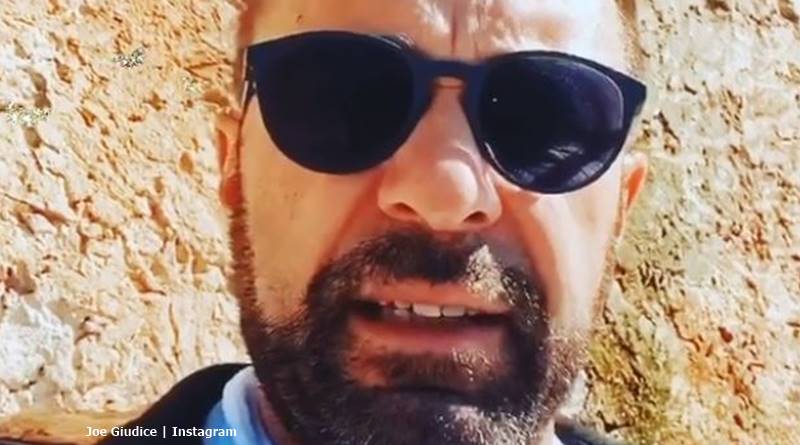 RHONJ fans heard that Joe Giudice initially slammed people staying home under lockdown in Italy. In fact, he hit at the government as well and even alleged it’s all some sort of conspiracy. However, he’s now started helping out his community and donned an apron in the kitchen.

Fans of Real Housewives of New Jersey know that Joe Giudice is in Italy after his deportation. After serving time in prison and then in ICE detention, he initially enjoyed his “freedom.” Although he’s missing his daughters, and he and Teresa living separate lives, he liked getting out and about. TV Shows Ace reported that when the lockdowns came in the wake of the Coronavirus, he got all worked. up. Joe slammed people staying in as being “stupid.”

In fact, at one stage he suggested the lockdown was a sort of conspiracy. On his Instagram, he noted, he believed there’s actually a cure for the virus. But, he thinks “the government profits in ‘internet base and stocks’ by withholding the vaccine.” But, he seems to have realized now that the community feels hardship during these times. So, he’s helping out by preparing meals.

Joe chops up food during coronavirus

Taking to his Instagram again, US Magazine noted that Joe’s now reaching out to contributes to the community and his family. In his short clip. it showed an elderly woman chopping up some meat. Nearby, Joe also got to work. In his caption, Joe said, “Today, a small village taught me don’t get stuck looking at my 📱(prep for families in need).”

Like the rest of his community, Joe’s just trying to keep up his hope and “moving forward.” He noted how very sad everything is right now, but people shouldn’t allow “sadness, and especially the evil, to stop us from having hope.” The RHONJ star clearly thinks some of the hype comes from the media though. His final line noted, “Don’t let media destroy your hope and faith.”

Fans of RHONJ react to Joe and his life lessons

As Joe also used the hashtag, #lessonslearnedinlife, fans commented about that. Others love that Joe seems to grow increasingly humble and caring. That’s a far cry from the rather rambunctious and flamboyant character they saw a few years ago on Bravo. One RHONJ fan said to Joe, “It’s good to see a community coming together to look after each other and to simplify life. We’ve forgotten how to do so much for ourselves. You’re doing good Joe.”

Today, a small village taught me don’t get stuck looking at my 📱(prep for families in need); I must keep moving forward and have hope. With all the sadness that happens, we have to recognize that good happens, too. We can’t allow the sadness, and especially the evil, to stop us from having hope. Don’t let media destroy your hope and faith. #hope #bighelper #smallvillage #familytime #apronstyle #lessonslearnedinlife #faith #truth

What do you think about Joe performing such humble chores? Do you think that despite the sadness and the fear that it also motivates people to care? Sound off your thoughts in the comments below.