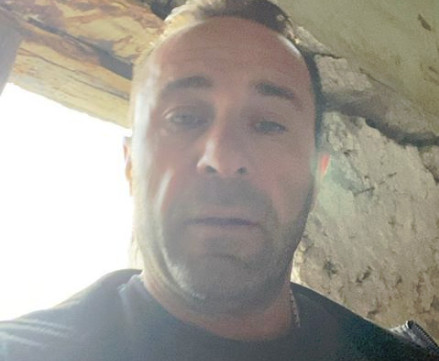 The Real Housewives of New Jersey star Joe Giudice has a bone to pick with the Italian government. On Sunday, the Prime Minister placed the entire county under lockdown due to fears of coronavirus. Italy is in the middle of one of the worst outbreaks in the world, with almost 500 deaths.

TV Shows Ace reported last month that only Milan was under lockdown at that time. However, now Salerno, where Joe lives, is also under lockdown. And Joe is not happy about it.

The Prime Minister advised residents of Italy to only travel when necessary, such as for work or medical emergency. Additionally, all businesses must close by dusk, according to Bravo TV. The RHONJ star moved to Italy back in October to await the final ruling on his deportation case.

He is still waiting for the ruling. During his time in Italy, Joe and Teresa Giudice announced their separation after 20 years of marriage.

On Tuesday, Joe took to Instagram to vent about the lockdown. In a video that showed him walking the deserted streets, the former RHONJ star complained about how “ridiculous” the lockdown is.

Joe also made reference to his time in prison, where lockdowns are a regular occurrence. (During a prison lockdown, inmates must stay in their cells 24/7.) He said,

“People here are frantic because government is ridiculous with [lock emoji]down !!!! Sorry Lock down not for me Never again !!!!!”

He had a suggestion for his fellow Italians: “Grow a set of cojones.”

More people die from Viagra (heart attacks and drug overdose) everyday than this Corona virus 🦠. People here are frantic because government is ridiculous with 🔒down !!!! Sorry Lock down not for me Never again !!!!! Stay safe 🌎 eat healthy, exercise, and no shaking hands . 🧼 👏! #coronavirus #staysafeoutthere #lockdownnotcool #awarenessiskey #washhands

During his Instagram videos, Joe implied that people were “dumb” for being afraid of coronavirus. After fan backlash, he walked back the comment with another video. The video is just footage of an explosion, but the caption says it all.

He denies saying “humans are dumb.” However, he rails against the government for keeping residents “caged” in quarantine. Joe also suggests there is a cure for coronavirus but the government is profiting in “internet base and stocks” by withholding the vaccine.

A fan commented that it takes up to a year to make a vaccine, but Joe replied “April.” In his caption, he once again alluded to his time in prison. He wrote, “it’s nice to get a hello in the streets after seeing four walls.”

I feel the government’s can stop this ( only co. Making 💴 internet base and stocks) ! set us free! I didn’t imply humans dumb! There is a cure it should not lead to humans being 🔒or caged! Our society is loosing face to face conversation cause of 📱 please don’t allow fear to take our social skills! 😡you’s don’t see my view nice to get a hello 👋 in the streets after seeing four walls. April will be a 💉 🦠 🙏🌎#world #free #curecoronavirus #social #italia #fuckcoronavirus🍻 #staysafe #washyourhands #prayforitaly #smalltowncharm

The Real Housewives of New Jersey Season 10 wrapped up the regular season 2 weeks ago. Now Bravo is airing the three-part reunion.

TV Shows Ace reported that drama goes down when Danielle Staub refuses to come on-set for an hour after she is refused a seat next to host Andy Cohen.

Fans will have to tune in on March 11 for Part 2 of The Real Housewives of New Jersey reunion. The reunion conclusion airs the following week on Bravo.