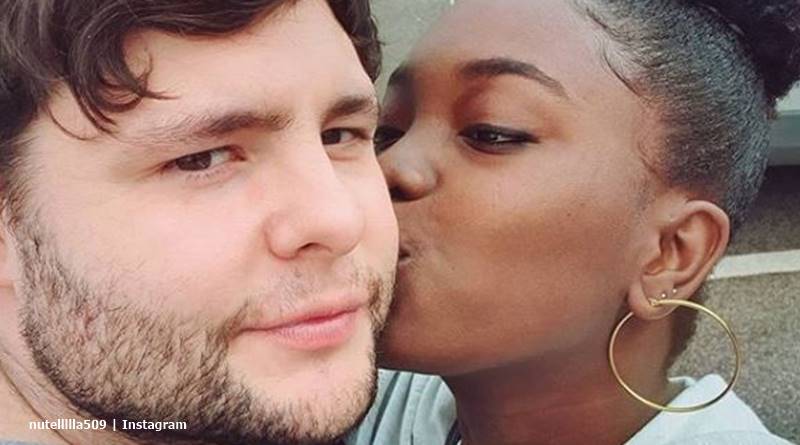 90 Day Fiance: Before The 90 Days Season 1 featured Abby from Haiti. Fans recall that Abby St. Germain appeared on the show with Sean Hiller from Springfield, Ohio. Later they became engaged but broke it off. After a while, Abby told her fans she dated a British man named Louis Dubell. Now, she announced they married in the UK.

90 Day Fiance – Abby St. Germain went the UK on a visa in December

Back in December, Abby announced that she got her spousal visa and excitedly rushed off to be with Louis. At the time, we speculated it shouldn’t be much longer before fans heard wedding bells. And, that came to pass, according to Abby’s latest Instagram post. Recall that Abby seemed uncertain about who she loved. Many fans criticized her for maintaining a relationship with her ex, Chris while she dated Sean Hiller.

Then, word came that she dated an American, only for the news about Louis to merge. In fact, some 90 Day Fiance fans lost track of which man featured in her life when. At the end of the day, it looks like she finally settled for her British man. And, from the caption in her Instagram post, she’s delirious with joy.

Abby announces she and Louis married in the UK

Taking to Instagram on Monday, Abby wrote a very long caption about her wedding. Notably, she already changed her profile name to Dubell as well. Part of her caption noted, how “grateful” she feels as Louis gave her “a chance when probably nobody else would,” She admitted she made some “mistakes” in the past. But, she added, “His love is truly unconditional.”

The 90 Day Fiance alum gushed about how he makes her feel “loved every single day.” Plus, she loves that “he laughs with me, not at me.” Abby’s really determined to live out their lifetime together, and she wrote about how “excited” she is.  Plenty of fans still follow Abby and many of them posted their comments about the couple marrying. One said, “Congratulations! May God bless your union! You guys look very good together!💕💕💕😍😍😍.” Lots of other people noted how happy they both look.

I said I do to my best friend. This is probably gonna be a long caption but it is what it is. I'm very blessed to have Louis in my life. I'm so grateful to him for having giving me a chance when probably nobody else would because of my past mistakes. His love is truly unconditional. He makes me feel loved every single day. He talks about his feeling. He laughs with me not at me. He defends me. He makes me feel safe in every way. I love him so very much and I'll show him every single day. I'm excited for this lifetime journey. You really are the best husband anyone could ask for. I'm also very blessed to have your family as my in laws. I'm honoured to be your wife and carry your last name. You really have changed me and taught me so much. I promise to love you, respect you and be faithful to till death do us part.❤ Mr and Mrs Dubell •#haitiangirl #haitianwomen #UK #relationshipgoals #justmarried #relationshipquotes #couplegoals #interracialcouple #wanderlust #Haiti #passportready #loveisblind #loveisland#ldr #interracialrelationship #interracialcouples #wanderer #interracialmarriage #weddinggowns #weddingplanning #swirler #bwwm #haitianfood #braids #naturalhairstyles #healthy_hair_journey #bigchop #makeuptutorials #eyebrow #4chairdaily

Starcasm wrote about the wedding announcement. Given the number of men that Abby juggled before she finally committed, they quipped, “Perhaps TLC should have considered giving Abby her own spin-off? They could have called it Abby’s Road: A Thin Line Between Love And Haiti.” What do you think about that? Maybe it’s not a bad idea. Sound off your thoughts in the comments below.