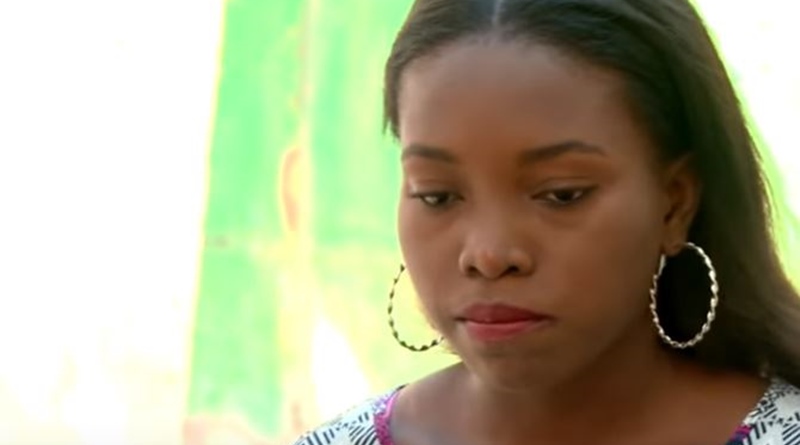 90 Day Fiance: Before The 90 Days Season 1 featured Abby from Haiti. Abby St. Germain hooked up with Sean Hiller of Springfield, Ohio. They met on an online dating website. He was 27 years older than her at the time. And, their relationship failed although we saw Sean propose to her. But, she recently became engaged to another man. Now she announced she’s moving to the UK on a Fiance Visa.

In January this year, TV Shows Ace reported about Abby’s new man. We noted, “Abby St. Germain’s…looks very happy with [her new man].” We noted it seemed like he was an American and at least a lot closer to her age. But by March we heard from her that she actually got engaged to a UK man named Louis. Many fans felt critical of her. After all, when she dated Sean Hiller, she also kept up a close relationship with her ex Chris.

But Sean, her 90 Day Fiance ex, felt TLC made her out to be a bad person. Well, fans think she is a bad person. After all, she gave two guys scabies, which is pretty gross. And, it’s really hard keeping up with Abby. One moment she’s with Sean, then Chris, then Sean, then an American businessman, then a UK guy. Anyway, Reality TV World said that Abby felt she and Sean never worked out as he wouldn’t go to the Dominican Republic while she completed college. Whatever, it looks like she might actually make it to the altar this time.

Abby St. Germain heads to the UK on a visa

On Monday, Instagram’s 187anonymousgossip shared a post by Abby. It shows a screenshot of what Abby said. In it, she wrote, “Hey guys! I really wanted to keep things private.” But then she added that as she previously shared about applying for a UK visa, she should update fans. The 90 Day Fiance alum added that her visa’s been approved. Abby explained it’s called a fiance visa in the UK. So, she’s going over there.

Abby ended with, “I’m moving to the UK to be with the man I love.” Then she confirmed that the man she still loves is Louis. Nearly nine months with him might be some sort of record for Abby.  The 187 account admin reminded fans, “[Abby’s] the young chic who dated two weirdos who were wayyyy older than her and they all got scabies together.” Plus, they added, “she’s the one who went to that voodoo lady and they gave her some herbs 🌿 to put all over her body.”

Y’all remember Abby?. The young chic who dated two weirdos who were wayyyy older than her and they all got scabies together.. Well her visa was approved and she’s moving to the UK 🇬🇧 _ (season 1 Abby)she’s the one who went to that voodoo lady and they gave her some herbs 🌿 to put all over her body.. #scAbbie

It seems many 90 Day Fiance fans do remember Abby. And, not very favorably. One said, “So how many guys has she been with? Nasty.” But, others just hope that it all works out for her. And why not? It’s the season of kindness at the moment, after all. What do you think about Abby moving to the UK to live with her new fiance Louis? Sound off your thoughts in the comments below.