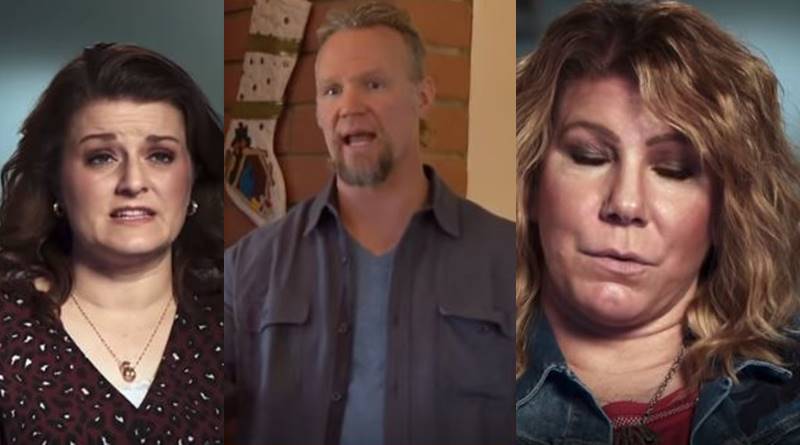 Sister Wives fans know that the drama ab0ut Coyote Pass and where the various wives live took an emotional toll on them. In fact, Meri and Robyn clashed and fans thought Kody manipulated the situation. It came over an argument about the land between the women and they both came to the same conclusion. But, Meri claimes TLC edited part of what she said.

Fans of the TLC show know that Kody’s move to Flagstaff wasn’t very well thought out. They moved with no place to base in. That meant the wives already moved house several times. While the show revolves around Kody wanting his mansion where all of them live under one roof, other property issues arose. Fans recently saw that Robyn got pushed into buying a home in Flagstaff. She and Kody argued, and Aurora had a panic attack, TV Shows Ace reported.

Meanwhile, Cheatsheet reminds readers that fans of Sister Wives still see the arguments over the big mansion. Janelle wants it, Robyn seems uncertain, Meri seems non-committal and Christine’s dead against it. From what fans see, many of them think Kody tries to manipulate his wives in a sort of “divide and rule” manner. Keeping them from becoming allies seems to be his way of getting his way with the mansion. It ended in a big clash between Meri and Robyn.

It was so hard to tell my kids that we had to move AGAIN. I was hoping at that point I would have a great house to rent and I could just have the answers for them.

On Twitter, both Robyn and Meri spoke about it. It seems that Kody told Robyn and Meri the same thing about the land. Cheatsheet noted, “Both claimed to have been told they got “last pick” of all four wives when it came to their portion of the land.” It turns out that Kody, for whatever reason, told them both the same thing, but neither of them had made any choices yet. Meri and Robyn tried to thrash it out.

During the conversation between the Sister Wives women, Robyn realized something was going on. And, it’s “not about the property” at all. And, even Meri believed that as well. Meri and Robyn both try and make peace between them now. But, Meri said that when she talked to Robyn, TLC edited something out. The former first wife tweeted, “What I actually said to[Robyn] but what wasn’t included in the edit was, when she walked off the property my first thought was, that’s out of character for Robyn, something deeper is going on with her, that reaction wasn’t about a piece of property!”

What I actually said to @LuvgvsUwngs but what wasn't included in the edit was, when she walked off the property my first thought was, that's out of character for Robyn, something deeper is going on with her, that reaction wasn't about a piece of property! #SisterWives

What do you think about Kody telling both the women the same thing? Did he try and manipulate them into a fight? Why did TLC edit out what Meri said? Is the part of keeping the drama going? Sound off your thoughts in the comments below.