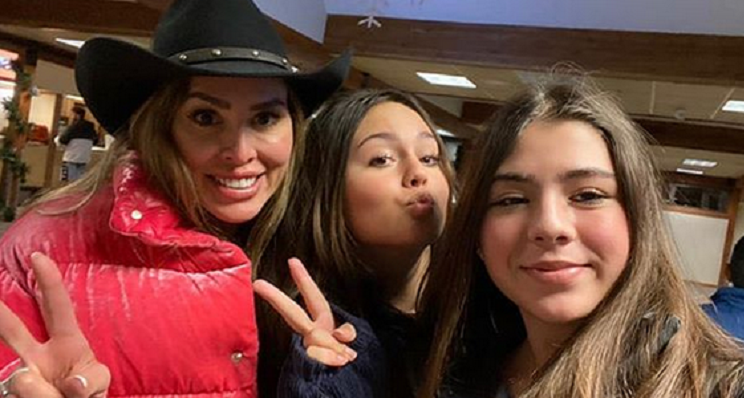 Kelly Dodd is up for a challenge. And she wants Tamra Judge to join her. Earlier this year, Tamra shocked fans with her departure from The Real Housewives of Orange County. But when the Season 15 cast was revealed, Andy Cohen teased that Tamra could make a return to RHOC.

Now, Kelly Dodd is addressing those rumors. She’s challenging the RHOC alum to make an appearance. Reports claim that Tamra could return the next season. That means she could return for Season 16, not Season 15, like fans originally assumed. Andy desperately wants her back on the show and is holding out hope for the next season.

It’s clear that the RHOC co-stars are still feuding. Last year, Tamra Judge made the rumor swirl that Kelly pushed her mom down the stairs. There was also that infamous “train” rumor that was filmed during Tamra’s dinner with the other RHOC ladies. Understandably, this didn’t sit well with Kelly and their feud has been brewing since.

In an interview with Hollywood Life, she shared her thoughts on the woman who “accidentally” spread vicious rumors about her. She also caught wind of the news. Kelly also said that she would love to “challenge” Tamra to return to the show.

“I’d challenge her to come,” Kelly said. Then she backtracked on her words and said she’s not issuing a “challenge,” per se. She couldn’t care less if Tamra returns or not. Kelly makes it clear that Tamra is not on her mind these days.

“I don’t have a feeling one way or another, really,” she added. “I’m not even focused on them anymore.”

The “them” Kelly was referencing to was Tamra and Vicki. She said that she wishes them both the best with their lives. She’s just happy that she’s no longer involved with them anymore. This a change from her Season 14 RHOC storyline when she focused on removing Vicki from her life.

Kelly Dodd is focused on more important things these days

These days, the reality star says she has other things on her mind. She’s working hard to “provide a life for my daughter and my fiancé,” she told the outlet. Kelly was talking about her 13-year-old daughter, Jolie. Kelly is also focused on her engagement to Fox News journalist Rick Leventhal.

That means she has a wedding to plan. But some RHOC fans feel that Kelly is still obsessed with Tamra. Most of the buzz has been about Tamra returning. No one has said a peep about Vicki since.

Even Kelly lumped Tamra and Vicki together, as if they’re RHOC has-beens. But the comment could’ve been purely accidental and not shade. But nobody ever really knows what’s on Kelly’s mind.

Kelly would rather focus on herself and her business. She has a vitamin drink company called Positive Beverage, which has her seeing the positive side to life. Kelly has also been working on a new philanthropic initiative that she hopes will help raise awareness for breast cancer. During her interview with HollywoodLife, she revealed why she launched the beverage company.

“All beverages out there are very expensive, so I wanted something that was great tasting, great for all ages, and available at a price that people could afford,” Kelly said.

What are your thoughts on Kelly Dodd’s comments about Tamra Judge? Sound off below in the comments section.