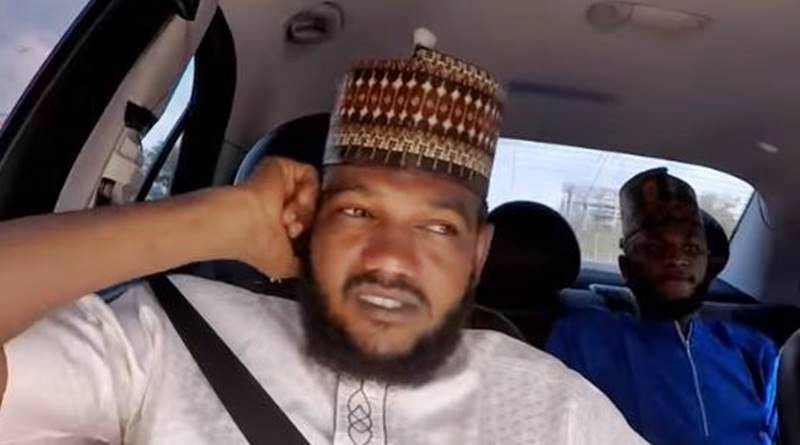 90 Day Fiance: Before The 90 Days, Season 4 slammed into the top most-watched premiere in TLC history. The couples certainly generate a lot of interest from fans. One of the couples that got the attention of fans was Lisa and Usman (SojaBoy). But, fans reacted to their intimacy and felt really grossed out. Nevertheless, their segment wasn’t all bad. Fans love Usman’s friend who won the day in popularity.

The backstory to Usman Sojaboy is that he’s a celebrity rapper in Nigeria. However, it seems hardly anyone ever heard of him. On YouTube, some Nigerians comment that he may be locally popular but he’s not a massive star. That seems borne out by his arrival at the airport to meet Lisa. Nobody even looked at him. Plus, he shares a very small flat with his friends. And that’s where fans first saw him in last night’s episode.

Smoking a hookah in bed, he texts Lisa. Now it’s out in the open, and he makes no secret that he hopes to become a big rapper in the USA. Obviously, fans think he’s using Lisa, and he’s not actually denying it. He talked with his friends and they laughed at the photo of Lisa. His mates urged him to find a decent Nigerian woman instead of this white American who is older. Well, Usman decided that if he needs to make love to her, he can probably “tolerate her.” After all, the payoff’s a glittering career in the States.

Usman meets Lisa who sticks her tongue in his mouth

The clip showing the friends in the front of the car with Usman and Lisa getting in some PDA in the back seat just about killed fans. In fact, the whole thing about the rather unwholesome scenes got saved by his friends, fans thought. On Twitter, one fan said, “Usman’s roommates are so grossed out when they kiss.” Then,  another commented, “Usman friends are lowkey clowns and i love it.”

Many memes and comments came in on Twitter. And, it’s clear the friends found popularity with 90 Day Fiance fans. One person said, “Usman’s friends when they first saw Lisa. PRICELESS. Like, bro your kidding us right?” Then another person noted, “Usman’s friends are hilarious.” Several others hoped that one day, somehow, the friends could end up on Pillow Talk, or in their own spin-off.

Usman’s friends are killin me y’all. They ain’t havin this #90dayfiance pic.twitter.com/0ac1rH5qDt

Grossed out fans don’t want to see Lisa making out

One follower of the show said that people are being ageist. They felt it’s wrong for people to diss Lisa just because she’s an older woman. But, for the majority of fans, they really don’t want to see her making out at all. One fan said, “Lawd i need to bleach my eyes .. lisa and soja boy. Nasty af lol.” Then another one noted, “Lisa is traveling all the way to Nigeria to share a bed with her celebrity fiancé and his roommate on some dirty *ss linens that smell of hookah and indulge in bucket bathing. Remember this the next time you’re having a bad day.”

viewers: as long as we don't have to watch Usman and Lisa makeout
TLC: #90dayfiance pic.twitter.com/8Kbi74OlDn

What did you think about Usman being so open about using Lisa to get to the USA? Did you get grossed out by her sticking her tongue in his mouth? Do you think his friends won the day for their funny reactions? Sound off your thoughts in the comments below.

Remember to check back with TV Shows Ace often for more news about 90 Day Fiance: Before the 90 Days, Season 4.