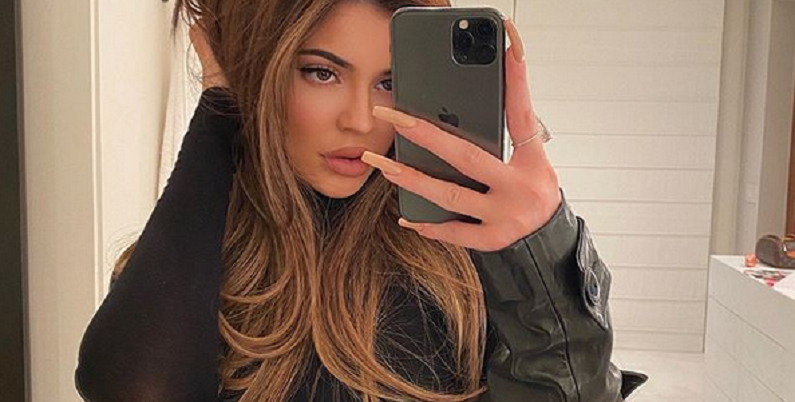 Kylie Jenner doesn’t want to explain her relationship status with Travis Scott. She’s just enjoying her time with and without him. The couple has no plans to put a label on their relationship or to explain their situation to their fans. The Keeping Up with the Kardashians star and the rapper led fans to wonder if they’re back together. As TV Shows Ace reported, the parents joined their daughter, Stormi, on a day out.

They looked every bit like a happy family during their recent sighting. But it could be that Kylie Jenner and Travis Scott have found the secret to successful co-parenting. That hasn’t stopped fans from wondering if the couple has rekindled their romance. Kylie has been photographed getting cozy with Travis, leading to the dating rumors.

A source told People that the beauty mogul doesn’t want to label her relationship. While the couple admits they’re in a “great” place, they don’t want to make their relationship official again. Kylie and Travis has no intentions of dating anyone else.

“Things are great with Kylie and Travis,” the source explained. “They are very happy. Kylie still isn’t labeling their relationship. It seems they aren’t seeing other people, though.”

The rumors increased when Kylie shared some throwback photo on Instagram Stories of herself with Travis. The two were photographed sitting together during the 2017 Houston Rockets vs. Oklahoma City Thunder basketball game. She called the photo “a mood.”

It appears that she’s been reminiscing over the good times they had together. But are her feelings eating away at her? Literally?

Kylie Jenner has been trying to enjoy her single life. She took off on a girls’ trip to the Bahamas, as reported by Us Weekly. She took off with her friends and her 2-year-old daughter. The girls have been enjoying some decadent treats during their stay.

Kylie ate Fritos, mini pancakes, and other goodies. It appears that she’s been eating her heart out lately. The reality star also showed off her cooking skills on Instagram Stories.  Kylie made a dish that contained bacon, grits, sausage, and more mini pancakes. Shortly after breakfast, she was seen reaching for a bag of Fritos.

During her video interview with Harper’s Bazaar in February 2020, she admitted that she is “a big snacker.” Kylie said she loves “extra cheesy Goldfish” and chili cheese Fritos. But during her trip to Bahamas, Kylie settled for a bag of honey BBQ Fritos instead.

Kylie paired her look with a $17,500 body chain by Jacquie Aiche, as per Page Six. She shared several of the sizzling photos on her Instagram page. Now fans are wondering if Kylie is reminding Travis what he’s been missing lately.

Kylie was also photographed wearing his new pair of Nike sneakers on her private jet. She also posed by the pool in a black bikini and a Jean Paul Gaultier bodysuit.

It appears that Kylie still has Travis on her mind, even if they’re not officially back together. What are your thoughts? Do you think that Kylie Jenner and Travis Scott are back together? Sound off below in the comments section.