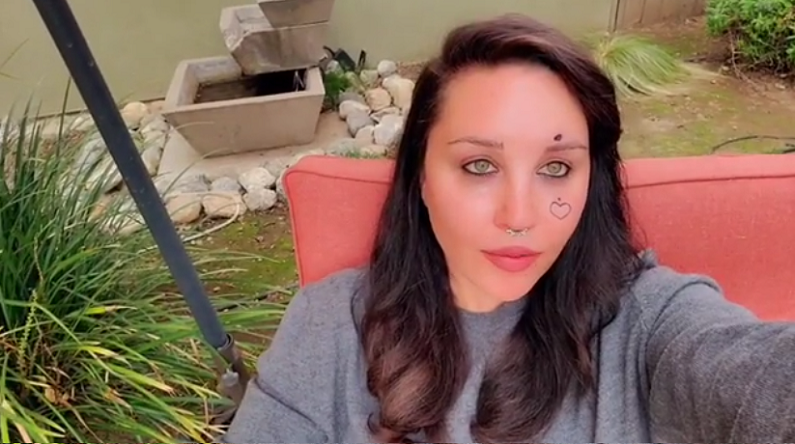 Amanda Bynes ended her engagement to fiancé Paul Michael. The couple was only engaged for three weeks. The former Nickelodeon star shocked fans with the news of her engagement on Valentine’s Day. Shortly after, she posted photos of her new man on Instagram.

Now the couple has gone their separate ways. Amanda Bynes is reportedly struggling from her sudden split. But she had no choice in the matter. She realized that she couldn’t get married. That’s because her mom didn’t approve of her new relationship.

As Us Weekly reported, Amanda Bynes isn’t having an easy time getting over her split from fiancé Paul Michael. An inside source told the outlet that this hasn’t been an easy time for her. Amanda has already deleted the photos of her fiancé from her Instagram page.

“Amanda is really upset about it and not taking it well at all,” the insider said.

Even Paul confirmed the news of their split in an interview with In Touch on Sunday, March 8. But he had nothing but good things to stay about the retired actress. He seems to be still in love with her as well.

Amanda and Paul met in AA class, according to The Blast. The couple only dated for three months before he popped the question. Both Amanda and Paul were sober for a year before their engagement. The couple looked happy together in the selfies and photos they took together.

The couple appeared to be in good spirits as they tried to take the next step. On Thursday, March 6, Amanda was photographed kissing Paul on the lips after their lunch date in California, according to the Daily Mail. The two wore matching sweats as they ran errands and grabbed a quick lunch. This was just one of a series of paparazzi photos taken of the couple in recent weeks.

Then on February 24, Amanda and Paul were spotted on a breakfast date at IHOP in Los Angeles. Insiders revealed that they were “so happy” and “very in love” during their outing. But it looks like their engagement quickly fizzled out.

An inside source told Us Weekly that her conservatorship was the driving wedge in their relationship. Paul knew that they couldn’t get married because of the terms of the conservatorship and Amanda’s need to live in a sober living facility. The former child star has been under the legal concept since 2014 after her various run-ins with the law and being placed under a 5150 involuntary psychiatric hold.

Amanda’s mom, Lynn Bynes, is her conservator, which means Amanda isn’t allowed to make major life decisions on her own. Another source revealed to Us Weekly that Lynn doesn’t feel that her daughter is making the right choices. The Amanda Show alum even addressed her conservatorship on Instagram as well as her excessive treatment, both of which she’s been contesting.

What are your thoughts on Amanda Bynes ending her engagement to Paul Michael? Do you feel that it’s for the best? Sound off below in the comments section.

‘Arthur’ Fans Grieve Over News Of Long-Running Show’s End
‘Love Island USA’: Flo Wants To Be The Only Girl On Will’s Lips
Todd Chrisley Reaching Out To His Hurt Child, Which One?
‘Below Deck’ Kate Chastain & Ben Robinson Get Cozy On The Couch
Are Kim Kardashian & Kanye West Co-Parenting Successfully?