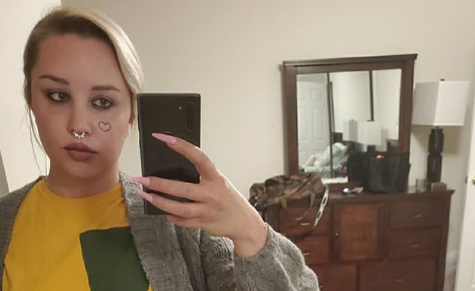 Amanda Bynes‘ mother and conservator, Lynn Bynes feels her daughter isn’t capable of making choices about her well-being. The former Nickelodeon star previously spoke out about changing who her guardian is.

Amanda Bynes Requests A Hearing About Her Conservatorship

It’s been said that her mother has no issues with Amanda requesting a hearing about her guardian situation. Lynn does feel that Amanda isn’t capable to make decisions about her care or treatment. Lynn is planning to request that Amanda remain in a controlled environment.

Amanda Bynes has been under her mother’s watchful eye since 2014. Her mother became her guardian after a public meltdown and 5150 involuntary psychiatric hold. On Saturday, February 22nd, she spoke out for the first time about her “controversial” case.

Bynes posted a video on her Instagram describing her treatment in regards to money. “I have been going to a treatment center that charges $5,200 a month. There’s no reason why I shouldn’t go to a therapist who takes my insurance for $5,000 less a month. This is why I’ve asked to see the judge next week regarding this conservatorship issue.”

She continued by apologizing for having to deal with these issues and sharing them on the internet. She closed by thanking her fans for continuing to support her.

A week earlier, Amanda Bynes announced her engagement to Paul Michael on Instagram on Valentine’s Day. A few hours later, she made it official with Michael by posting two selfies on Instagram.

On Thursday, February 20th, Bynes posted a video with Michael where she apologized for calling celebrities ugly back in 2013. Bynes claimed being “so drugged out” when she took to Twitter to insult celebrities. She did add that the couple has maintained their sobriety while together.

She said that she is so happy now that she has remained sober for over a year with Paul. Bynes told her fans she loves them and she feels that she’s got what’s hers, and that’s Paul.

Amanda is now engaged to Paul, but whether she can get married or not is a decision her mother has to make.

According to UsWeekly, without consent from her parents, Amanda’s parents can petition to annul the marriage. This would be held on the basis of Amanda’s ‘unsound mind.’ This information came from Neama Rahmani, the president of West Coast Trial Lawyers.

The news broke in March 2019 that Bynes had checked into rehab two months earlier due to a setback. The setback resulted from Amanda feeling the pressure of being in the spotlight after her Paper magazine cover in November 2018.

In December 2019, Amanda Bynes checked out of the facility. Six months before, she graduated from the Fashion Institute of Design & Merchandising.