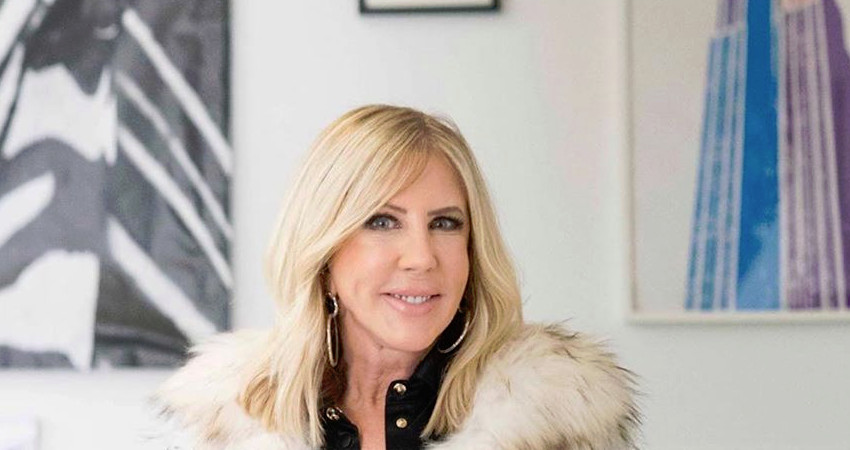 The Real Housewives of Orange County star Vicki Gunvalson doesn’t regret leaving the Bravo show after 14 seasons earlier this year. After being offered a reduced role again, the insurance agent chose to walk away instead. However, she didn’t stray too far from the public eye.

Vicki has a lot of irons in the fire, from a podcast to a new reality show with one of her RHOC co-stars. While Vicki is moving forward, she is also looking back on her time on the show and her memories aren’t all good.

Speaking to People, the reality star opened up about why she was ready to move on after Season 14. From Vicki’s view, The Real Housewives of Orange County changed too much from the earlier seasons.

Once focused on the lives of the stars, Vicki says the show now just shows the stars fighting constantly. The ‘toxic’ behavior of her co-stars became too much for Vicki.

She doesn’t name any of her co-stars, but she does allude to an issue she had with Kelly Dodd calling her a ‘pig.’ Vicki says,

“And about halfway through last year, when my castmate was criticizing my appearance and calling me ugly, I really had a revelation. ‘What, am I going to cry every day because you think I’m less than? No, I’m not less than.’”

Vicki then called out her co-stars for creating storylines for screen-time. Ironically, that’s exactly what some of her co-stars say Vicki and ex Brooks Ayers did with a fake cancer scheme. However, Vicki says she has never faked a story and never will.

Surprisingly, Vicki says she would be open to a return “one day” if the show went back to focusing on real life and not ‘fake stuff.’ Until then, she is moving onto bigger things, including starting her own podcast. Whoop It Up With Vicki debuted this week.

Turn your sound on and wait for it because I’m sharing inside information… on my new podcast! @whoopitupwithvicki listeners will hear what my first job was at the age of 14, how I met the love my life Steve, how RHOC got started and so much more. It’s a side of me you’ve never heard before… so go listen wherever you listen to podcasts or click the link in my bio to learn more about this next chapter of my life with the @westwoodone podcast network. Let’s #WhoopItUp! . . . #WhoopItUpwithVicki #NewPodcast #VickiGunvalson #RHOC #RealHousewivesofOrangeCounty #RealHouseWives #OrangeCounty #EntertainmentPodcast #LifeAndEntertainment #OGoftheOC #Podcast #TVPodcast

Unlike other podcasts by Real Housewives and other celebrities, the purpose of Vicki’s podcast is not idle gossip. She does plan to give fans updates on her family and her upcoming wedding to fiance Steve Lodge.

However, the podcast’s true intention is to offer advice about finances. Vicki’s grievance is that the professional side of her life was never shown on RHOC. She says,

“The Real Housewives of Orange County never entered in to what I do for a living, which is financial planning, retirement planning and insurance.”

Vicki has been engaged for almost a year but still hasn’t set a wedding date. She told People that her fiance would have a courtroom wedding any day if he could. However, she’s too busy right now and she wants all of their family members to attend.

Unlike Vicki, Tamra Judge may be heading back to RHOC this season or next, TV Shows Ace reports. In the meantime, the two close friends are working on a reality show together. Vicki played coy about where the show will air. Sources revealed earlier that it is not connected to Bravo.

While Vicki couldn’t reveal too much, she did say the show will be “incredible,” partly because of how well she gets along with Tamra. Vicki feels the show will ‘inspire” fans.

With or without Tamra and Vicki, The Real Housewives of Orange County returns to Bravo later this year.