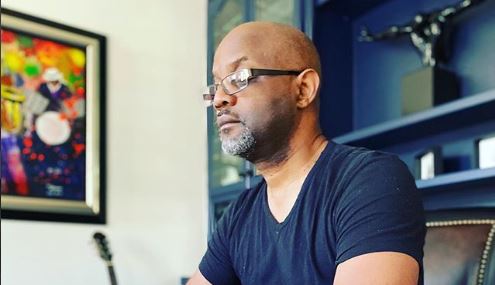 One big plus for Bride & Prejudice: Forbidden Love is its focus on couples with an established and committed love.  Especially after following the unsteady and tumultuous couples on Season 10 of Married at First Sight, save Jessica and Austin, this reality show spin on marriage is a nice change of pace.

In this week’s March 4 episode, “Parents Just Don’t Understand,” the three couples had to summon the courage to come clean with their families about their intentions.  One couple also confronted a family health crisis, and some painful memories were exposed.  Bride & Prejudice: Forbidden Love relationship expert, Pastor Cal Roberson, reiterated that the goal through four weeks of assignments and meetings with the families was to find common ground.  The more support any couple can have in beginning a marriage, the better, and the man who has matched many Married at First Sight pairs has a particular way of pointing straight at the truth.

Willi and her fiancé, Cameron is the interfaith couple on this Season 2 of Bride & Prejudice: Forbidden Love.  In many ways, the show’s title is a misnomer for these two.  Clearly, Willi’s family has already drawn close to Cameron and his good qualities over the two years that the couple has lived with her family.  The central issue for this Jewish clan is how the grandchildren will be raised and allowing the family roots and heritage to grow into the future.

Some views on social media seem confused over Bride & Prejudice: Forbidden Love.  The focus is not about permission.  These betrothed partners are all adults, and they certainly have the right to marry whomever they choose.  The four-week process is about resolving family issues before vows are ever exchanged so that the root of conflict cannot fester over months and years.  The lens of Bride & Prejudice truly points out how personal opinions can be overblown to become unfounded prejudice.  The more people learn about each other, the more they discover the likeness in being human over the differences.

As he promised Pastor Cal, Cameron talked with Willi’s father the old-fashioned way, telling him that he planned to marry her, and even showing his future father-in-law the ring.  Willi’s family commented on how “easy” it had been to have their daughter and her fiancé under their roof.  They have already accepted Cameron. What they cannot accept is having future children raised outside of Judaism.  Willi’s father gave no wiggle room on the issue, either.  He was adamant that Cameron convert to the faith.  Cameron attested to “holding my faith close,” so the decision will not be easy.

Willi had a heartfelt visit with her grandmother during this Bride & Prejudice: Forbidden Love. Grandma was so staunch in her feelings about the faith and future generations that she actually pressed Willi, asking, “Would you consider someone else?” Willi insisted, “I want to be happy,” but she also sees the value in her family’s history and identity.  She agreed that she, too, wants her children to be raised Jewish.  Cameron has a weight of future issues to consider.

Blair and Chris meet her mom, Kelly, at a restaurant to share their big news. Blair playfully walks her fingers across the table to show off her official black (of course!) engagement ring.   Despite her forced, plastered smile and “Congratulations,” in reply, Kelly is not a convincing actress.

Outside, Blair’s mom confesses that “this came too fast” and that she wasn’t expecting the news. She also couldn’t stop her tears.  When the couple sat on the couch together, Pastor Cal directly put it to Kelly, saying “You don’t think he’s good enough.  Is anybody good enough?”  Blair’s mom persists in treating “communism,” as she mentions in regard to Chris’s heritage, like a communicable disease.  She also describes his “tattoos and dark clothes” as major detractors.

Things got a little deeper into the conversation, too.  Mom contended that because Chris has no relationship with his mother, he has no regard for women. Blair was adamant in defense of her fiancé, describing how he was the most “grounded” person she had ever known.  Blair definitely knows her mom and doesn’t buy the smiles. Tense moments were reported in March 4’s International Business Times. Pastor Cal assigned mom to spend time with Chris as her Bride & Prejudice: Forbidden Love assignment.  If both parties survive, it should be interesting.  Viewers want to give the couples a lesson in respect, teaching them to refer to Roberson as “Pastor Cal” and not just “Cal.” I suspect he accepts either name.

These couples talking about ‘Cal’ I’m like who??? Oh you mean PASTOR Cal? Get it together, people. #BrideAndPrejudice pic.twitter.com/qZYtLwGH9J

Kee Kee (her preferred spelling, short for Kiandria) and Kareem also have an already long-term, committed relationship of several years.   Last week, it was Kee Kee’s mom, Marvelene, who really let Kareem have it because he was four years younger than her daughter, “not a man,” and not a suitable man to raise her grandson.

Kareem hoped that he would have an easier time talking with his own mother, but that conversation didn’t go any better.  The fiancé hoped for “someone in my corner,” thinking at least his own mom would be a supporter.

Instead, this exchange on Bride & Prejudice: Forbidden Love led to an investigation of the future husband’s love life– by his own mom.

“How many ladies have you had?” she inquires.  She more than suggests that Kareem hasn’t fully sewn his wild oats, and needs more relationships.  He affirms that for him, Kee Kee is “the one,” and that women like her don’t come along often in life.

Just because they have found each other doesn’t make everything smooth sailing.  Kee Kee is devastated by the news that her mother is very ill in Huntsville.  She recalls memories of not being there for her grandfather before he died when he asked her to go to the store.  Kee Kee relates how she abided by Kareem’s wishes in returning to Atlanta.  She and Kareem struggle to make the right decision.

The reasons for the hard feelings toward the partners on Bride & Prejudice: Forbidden Love seem petty in the scheme of things, but the process of working through family issues is a huge step in creating a stronger marriage.  All of these couples are learning that lasting love takes compromise and determination.

Will There Be A Season 2 Of Netflix’s ‘Ginny & Georgia’?
‘The Bachelorette’ Shakeup: Reality Steve Shares Cast, Timing & Location Changes
‘When Calls The Heart’ Season 8, Episode 2 Preview Shows Elizabeth Getting Back To Work
Ivan Hall Won’t Do ‘Bachelor In Paradise’ If Chris Harrison Is Host
‘Little People Big World’: Zach Roloff Is The Ultimate RV Dad