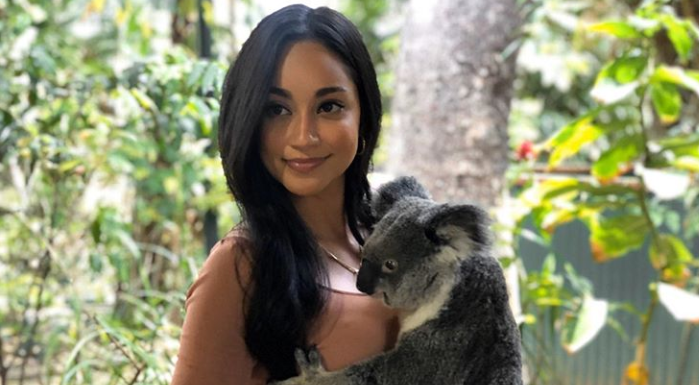 Monday night was full of drama on The Bachelor. The three remaining girls went into the final rose ceremony. Hannah Ann Sluss and Victoria Fuller stood shivering, waiting for the third, Madison Prewett, to show up. Peter was visibly upset she wasn’t there.

When she did finally show up, the rose ceremony began. Peter ended up giving the roses to Madison and Hannah Ann. When he walked Victoria out, he was still emotional. He told her, “I just want you to know how real everything was for me. I swear to God, Victoria, I was falling in love with you.” He just said his heart was further along with the other girls.

Victoria Fuller Was Given The Opportunity To Defend Herself

Victoria Fuller was called up to the hot seat during the tell-all so Chris Harrison could ask her some things. During the hometown date with Fuller, one of Peter Weber’s ex-girlfriends had come up to him and told him not to trust her. The girl, who had her face blurred out, told him she’d broken up relationships and ended the conversation with, “you don’t deserve what you’re on a date with.”

This revelation led Peter to question Victoria who became defensive. The two argued and it ended with Peter not meeting her parents as he decided to leave. Despite this, he sent Kelsey Weier home instead of Victoria because he still felt like they had something. He told the camera he likes it when it’s not easy. The choice frustrated fans who felt like Kelsey really cared for him and opened up her heart.

Why Does Victoria Think The Girl Said Untrue Things About Her?

When asked why the girl would do that to her Victoria said she didn’t know. She said, “that was extremely frustrating to me. I think that this is somebody who just didn’t like me.” Fuller went on to say maybe she just wanted to be on the show. Victoria Fuller said there wasn’t any truth to what Peter’s ex-girlfriend said about her.

She said speaking of how she handled it, “I think it’s just hard to have this guy that I’m dating who could potentially be my husband now think that about me.” She said she could have handled it better followed with, “I could have handled the whole f—ing season better.” Fans are ready to see how the season ends next week when he chooses between Madison and Hannah Ann.