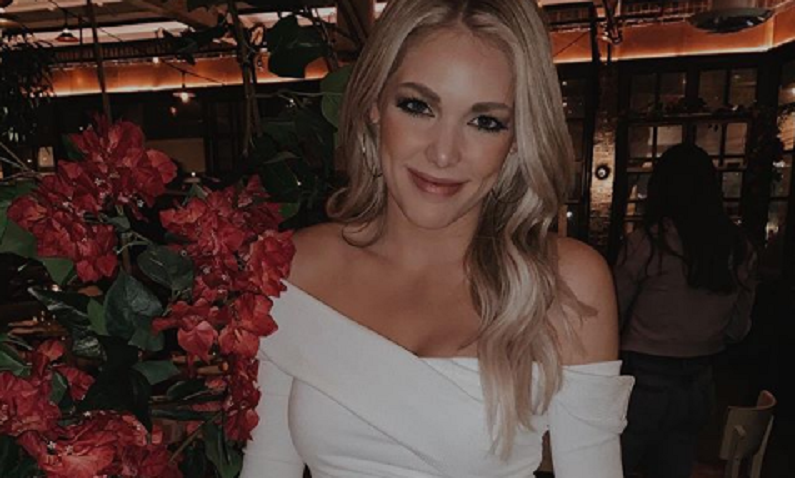 The Bachelor contestant Kelsey Weier is opening up about her feelings about Peter Weber. She debated over whether she really fell in love with him. Kelsey spoke to ET’s Lauren Zima at The Bachelor: Women Tell All taping on Friday, February 21. The special episode aired on Monday night.

Kelsey Weier is no longer in love with Peter Weber

Kelsey Weier and Peter Weber were face-to-face at the “Tell All” episode. But that doesn’t mean she melted in his presence. She confirmed to Entertainment Tonight that she’s no longer in love with him. Kelsey didn’t feel anything when she saw him for the first time in a while. While she feels that their love was real, those feelings have since went away.

“I think I was in love with him, but I’ve done a lot of soul searching and re-watching the show, reliving the show,” Kelsey explained. “I’ve realized that my feelings were real, but I’ve also moved on. I’ve appreciated our relationship and I’ve learned a lot from it and all I can do is grow from it.”

Kelsey ended up in fourth place during Peter Weber’s season of The Bachelor. Fans thought she would have been the perfect candidate for The Bachelorette. However, she had a rough start to the season. Kelsey also became the face of #ChampagneGate. However, Clare Crawley was announced as the next Bachelorette on Good Morning America on Monday.

The season of The Bachelor led to a lot of conversations about champagne. Tammy Ly accused Kelsey of drinking too much. Tammy has since apologized for the incident, but Kelsey is revisiting what happened. Kelsey told Entertainment Tonight that production controlled their alcohol and medication intake.

“This is the thing,” Kelsey said. “When you’re on the show… you get two drinks an hour. Your medication is taken from you, it’s handed to you by the doctor, you get five pills a week. Like, everything is super monitored, so I was little confused by those accusations.”

Kelsey explained since Tammy “wasn’t one of my friends,” she didn’t understand where the claims originated. She called Tammy “manipulative” since they already discussed the situation behind closed doors. Kelsey describes her current relationship with Tammy as “frenemies.” Meanwhile, Tammy previously claimed they’re on good terms. It looks like this is still a sensitive subject.

As Showbiz CheatSheet reported, Kelsey took to Instagram to shut down the nose job rumors. The former Bachelor contestant had enough of the speculations over her nose. She posted a selfie with the following caption: “Spoiler alert: My nose is real.”

Spoiler alert: My nose is real

Kelsey also took to her Instagram Stories that she’s been harassed in her DMs. Bachelor Nation flocked to her DMs to call her a liar.  Even Bachelor alum Derek Pluth jumped in and commented on Kelsey’s nose.  Looks like we could have a new couple on our hands. Maybe she moved on from Peter after all.

The Bachelor airs on Mondays at 8 p.m. ET on ABC.