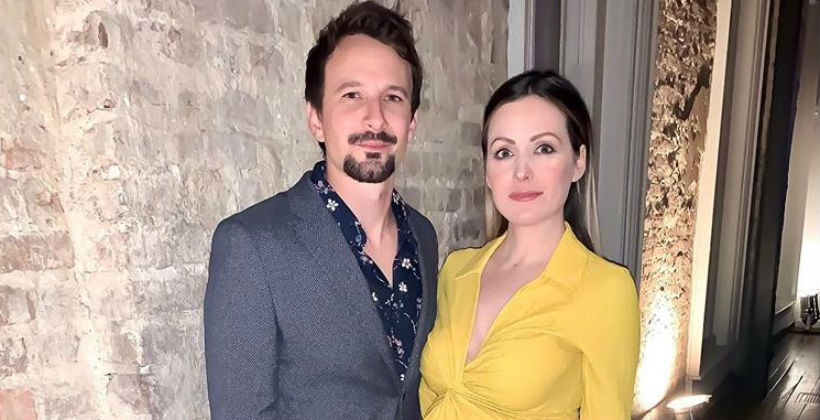 It looks like one of Bachelor Nation’s favorite couples is finished having children. Bachelor in Paradise couple Carly Waddell and Evan Bass announced the two children they share, along with Evan’s three sons is enough. Carly did a question and answer session on Instagram live and was asked how many children she and Evan want. The truth came out after that!

Evan and Carly are finished having babies

While these two make the most adorable babies, it looks like Evan and Carly are done. People shared the scoop on what’s going on.  When asked how many children they want, Carly replied, “Evan is getting a vasectomy this month, so Charlie will not have any more siblings. Sorry, bud — to Evan and Charlie.”

A fan jokingly replied, “Why does Evan want a vasectomy? Just pull and pray,” which ended with a string of emojis including a crying-laughing face, a cringing face and prayer hands.

Carly didn’t stop there. She gave the fan an answer and it’s oh so Carly and oh so funny. She said, “The reason Evan is getting a vasectomy is because we did pull and pray — twice, ever. And now we have two kids.”

Happy Valentines Day! Now go kiss the ones you love 💋

Carly and Evan met during the third season of Bachelor in Paradise. They didn’t fall in love at first sight. It took some work on Evan’s part, even a trip to the hospital, before Carly realized he is what she wanted. The two got engaged on the season finale.

A year later they married in Puerto Vallarta, Mexico in June 2017. It was during this time they found out their daughter Bella was on the way. According to the newlyweds, Bella was a complete surprise. Hence the comments from Carly above. Bella was born in early 2018.

In November, Carly and Evan welcomed their second child, a son. Charlie was born during a unique birth in which Carly helped deliver her own child. Evan has three sons from his first marriage, Nathan, Liam and Ensley, bringing their grand total to five children.

Ultimately, Carly decided to stop breastfeeding her son. She shared the ups and downs with fans on social media. Bella had some of the same issues that Charlie faced. Once she stopped breastfeeding and put Charlie on the same formula as their daughter, things got immensely better.

Carly and Evan continue to live their best life and share their stories with fans. Stay tuned to TV Shows Ace for more information on this awesome couple.