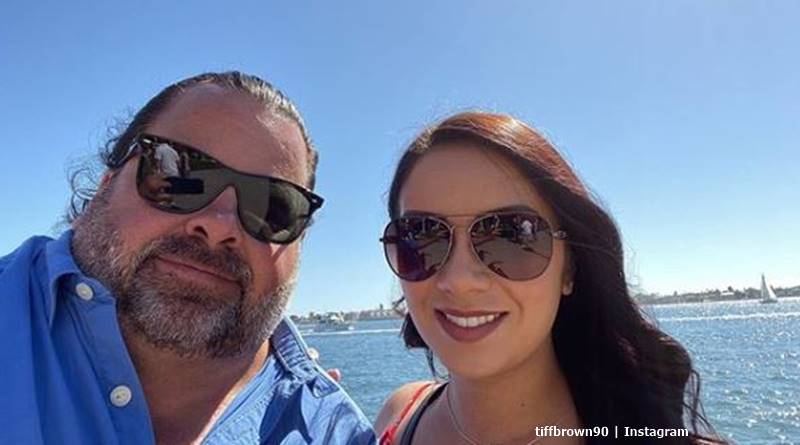 90 Day Fiance: Before The 90 Days brings Edward Brown, aka, Big Ed. The little man with a short neck hopes to marry Rosemarie. But, he hasn’t told her yet he doesn’t want any kids. Ed already has a daughter, Tiffany, from his first marriage. Tiffany and her dad stopped talking when she heard about his much younger girlfriend. Will fans see her in the show?

TV Shows Ace reported that apart from suffering from a skeletal condition, the short little guy also comes over a bit eccentric. His little vesper, his little dog, and his passion for mayo hair conditioner interest fans of the TLC show. We noted he laughed at himself through the years and comes over as having a self-deprecating sense of humor. But notably, Ed isn’t perfect. Despite buying a home for his elderly mom recently, fans don’t like that he lies by omission.

On the show, Ed didn’t tell Rosemarie he was so short and old and overweight. Now, it emerged that he also didn’t tell her he intends to get a vasectomy, but she wants another child. For his daughter Tiffany, she’s pretty upset that he is dating this woman who’s actually six years younger than her. In fact, she’s convinced her dad hooked up with a green card seeker who just wants his money. Well, that sounds a bit unfair to Rosemarie, as Ed catfished her. But, it is what it is. And really, what daughter would be happy to see their dad take off with someone so young? Well, 90 Day Fiance fans didn’t see her on the show yet, but they certainly might do so.

There are a few details Ed hasn't shared with Rosemarie yet…#90DayFiance pic.twitter.com/RFy8vDhBLH

Who is Tiffany, Big Ed’s daughter?

Tiffany’s Ed’s daughter by his first wife. The marriage never lasted very long as Ed admitted he cheated on his wife. But in the two years they lived together, Tiffany came along. Ed gushed about his little girl. So, obviously, he’s disappointed in her reaction to Rosemarie. Unlike her Dad, there’s nothing physically wrong with Tiffany. The attractive 29-year-old holds several jobs. InTouch Weekly reported that “she works in business development in Las Vegas, Nevada. She’s also a real estate agent.”

Additionally, Tiffany helps out with fitness and personal coaching at a gym in Las Vegas. She seems to be on good terms with her mom and shared photos of her on her Instagram. And, it looks like she might now be back on good terms with her dad as well. The 90 Day Fiance daughter shared a story on Instagram of herself scantily clothed in the snow. She also shared a pic on her page. And her dad commented, “OK, you might be grounded LOL.” She captioned it, “Ha Ha My dad @THISISBIGED.”

Will Tiffany feature on the 90 Day Fiance show?

The photo, uploaded on the weekend indicated the two get along okay these days. However, it looks like Tiffany objecting and disapproving of Rosemarie and her dad might play a large part in the storyline. If they’re all friendly now, that might actually spoil what could be an explosive part of Big Ed’s storyline.  So, it’s more than likely that at some stage, fans will see her on the 90 Day Fiance show.

Little Snow Bunny this morning taking a dip in the hot tub while it was snowing! ❄️🐰

What do you think about Tiffany being down on her dad and Rosemarie? Do you hope we see the lovely young woman in the show? Sound off your thoughts in the comments below.

Remember to check back with TV Shows Ace often for more news about the cast of 90 Day Fiance: Before the 90 Days, Season 4.

Kim Kardashian Sets Instagram On Fire With Unbuttoned Daisy Dukes
Josh Duggar Prohibited By Court From Seeing His Sister Jessa’s New Baby
Did NBC Renew Or Cancel ‘Law & Order: Organized Crime’ Season 2?
2 Other ‘RHOBH’ Stars Are Dealing With Their Own Legal Drama
Lifetime’s ‘Nobody Will Believe You’ Is A High School Bullying Thriller