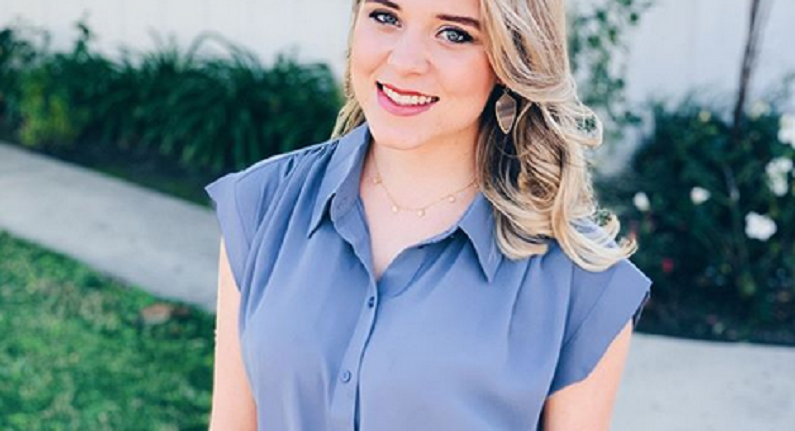 Jinger Duggar Vuolo knows how to stir the pot. After all, she comes from a family that’s known for causing controversy. Jinger Duggar is one of Jim Bob and Michelle Duggar’s 19 children. The family found a platform thanks to TLC.

Even though the Duggar family has a dedicated fanbase doesn’t mean they’re without backlash. Some fans have raised eyebrows at Jinger’s latest Instagram post. She showed her support for her younger brother Jedidah Duggar during a game of broomball.

It appears that the event got a bit political. Jedidah’s political outspokenness has rubbed off on Jinger.

On Sunday, March 1, Jedidah “Jed” Duggar posted the following photo on Instagram. The photo shows himself with his older sister, Jinger, posing and smiling. Jinger traveled all the way from California to spend some quality time with her family. She was photographed at a Duggar family reunion in other photos shared by Jessa. But she wanted to get in a political statement with her brother.

In Jed’s Instagram photo, Jinger is seen wearing one of the hats that he made for his own political campaign. Jed wants to run for public office. Back in November, he announced his candidacy for Arkansas State Representative District 89 in Springdale, as reported by Inquisitr. He wants to follow in the footsteps of his father, Jim Bob Duggar. Jed has made it clear that he would “unequivocally advocate for conservative values” that includes anti-abortion laws and pro-gun rights.

Broomball is like hockey except the players don’t wear ice skates. The equipment required to play the game is also different. Players use sticks that feature triangular heads that resemble brooms to hit a ball into a hockey goal.

Jinger’s daughter Felicity Vuolo has her own sense of style

The Counting On star posted about her travels to her Instagram Story. As In Touch reported, Jinger shared new photos of her baby girl wearing plaid outfits. She captioned one of the precious photos: “Saying bye to @jeremy_vuolo for a few days.” Jinger shared another photo of Jeremy kissing her daughter’s cheek and wrote, “Me and Lissy are headed to see my fam in AR for a last-minute visit.”

She also shared several photos of Felicity’s outfit, which featured plaid and jeans. As you can see, their baby girl has become quite fashionable in just a short amount of time. Jinger and Jeremy are considered well-traveled compared to her relatives. The couple often shares photos of their travels on Instagram. They have also been criticized for showing off their new modern lifestyle.

It’s obvious that they’re enjoying their new life in Los Angeles. So, why are Jinger and her daughter returning to Arkansas? She didn’t reveal what the trip was for. Some fans find it interesting that Jeremy didn’t tag along. But it’s possible that he had to work. He’s also studying his graduate program at The Master’s Seminary, and he could be too busy to travel right now.

It’s also possible that Jinger and her daughter are returning to her home state to film with TLC. However, the show focused on her move with Jeremy to Los Angeles in the past.

What are your thoughts on Jinger Duggar’s latest photo? Sound off below in the comments section.