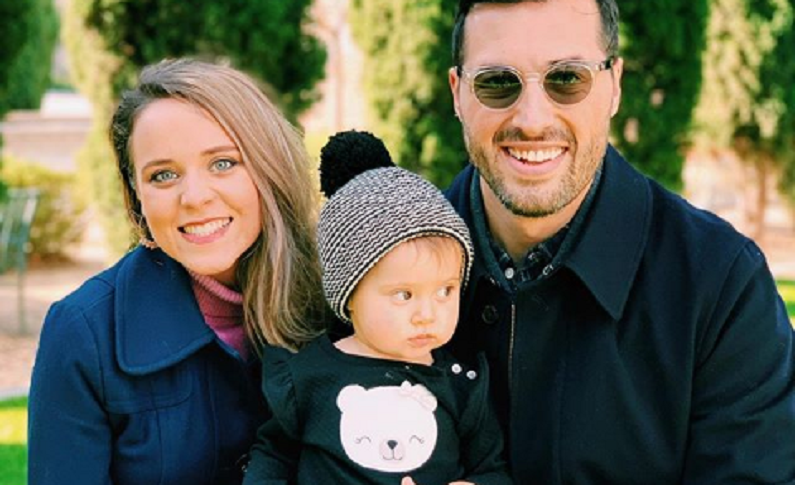 Jinger Duggar and Jeremy Vuolo shared their Valentine’s Day with their fans. But instead of love, it brought the couple even more hate. It all started when the Counting On couple had a Valentine’s Day breakfast with their daughter, Felicity. They shared the adorable and intimate moments on their Instagram Story. Jinger and Jeremy went on a weekend getaway to celebrate the romantic holiday.

As OK! Magazine reported, Jeremy shared a Boomerang of himself, Jinger, and their 19-month-old daughter eating a quaint breakfast. He also shared a photo of his family with the sticker that read, “Happy Valentine’s Day.” Jinger and her daughter had on casual clothes while Jeremy wore a collared shirt underneath a festive orange sweater. But their Instagram posts have brought more love than hate.

As Showbiz CheatSheet reported, the reality star has become her own person. Since moving out of Jim Bob and Michelle Duggar’s family home, she’s been more active on Instagram. She has also strayed from her Christian faith, as evidenced by her social media posts. For example, she’s into secular music, which is a no-no in their family.

Jinger Duggar also chopped off her hair. She first shocked fans by dying her hair blonde. Now, she dyed it even lighter and cut some off. In Jinger’s latest Instagram post, her hair looks noticeably shorter. Fans couldn’t believe how much shorter and lighter it looks. They took to her Instagram post to pay her some compliments. Here’s what Jinger’s fans have been saying about her hair:

These are just some of the positive comments about Jinger’s new hairstyle. Jinger and Jeremy’s Valentine’s Day isn’t without its share of controversy. The couple has received backlash for their new lifestyle. Fans don’t like it when they show off their lifestyle on social media.

Duggar fans are concerned over the couple’s new lifestyle

While the couple is obviously happy, some fans are concerned over their modern life. They can’t comprehend the fact that Jinger Duggar is now an adult. She admits to watching TV and listening to secular music. Gasp! Fans are concerned that her new lifestyle isn’t easy since she’s been sheltered for most of her life.

It’s hard to tell if Jinger is having a hard time adjusting to her new life. She sure looks happy on her social media page. But everyone knows that Instagram only tells one side of the story. Jeremy and Jinger also have a strong relationship. That love has rubbed off on their daughter.

Fans also criticize the couple for their lavish lifestyle

The couple has since relocated to Los Angeles, California. Duggar fans can’t get over the couple’s new expensive lifestyle. As Café Mom reported, they’re upset the couple isn’t living humbly. Fans get jealous when the couple posts about their dinner dates and traveling.

Jeremy posted this photo on Instagram about his recent travels. He was traveling to Philadelphia where his parents live. He looked like he was ready for the cooler weather. Not everyone wished him well on his trip. Here are just some of the comments:

There’s just something I love about having bags packed, ready to travel and explore…even if it’s simply heading east to visit family. It’s a big world with much to be discovered. 🌍

Not all the Duggar fans bashed the couple. Some fans defended Jeremy by saying that not all pastors are poor. Others speculated whether his luggage was purchased secondhand or a gift. The couple often use Instagram for sponsored posts that they get paid for. It’s not clear how much they get paid though.

There are plenty of ways for pastors to earn money these. Some get paid through speaking and writing.

What are your thoughts on Jinger Duggar and Jeremy Vuolo? Do you feel the same way about their lifestyle? Sound off below in the comments section.