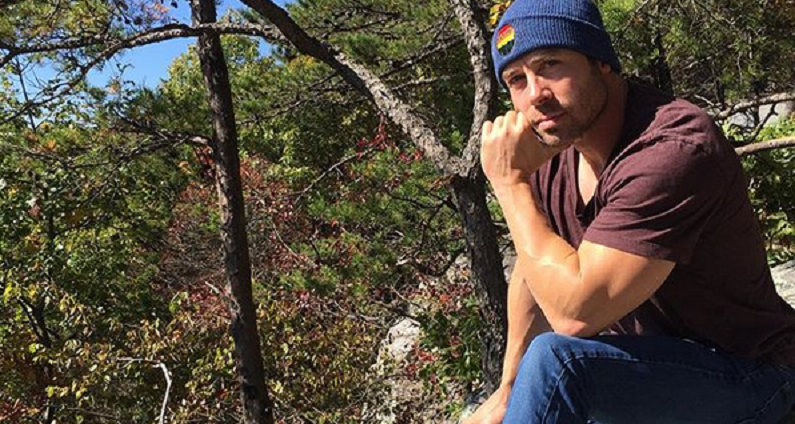 90 Day Fiance: Before the 90 Days fans are upset with TLC for casting Geoffrey Paschel. At first, they empathized with him when he talked about the loss of his son and his recent heartbreak. Fans wanted things to work out with him and his Russian girlfriend Varya. But now they don’t even want him around her.

TV Shows Ace previously reported about Geoffrey’s dark past. Fans are hoping that he will address the claims on the show. Meanwhile, other fans have lashed out at TLC for casting him in the first place. There’s even an online petition to have Geoffrey removed from the 90 Day Fiance franchise.

It’s common for most reality shows to do a background check on participants before allowing them on a show. But it’s not clear whether TLC conducts background checks on any of its cast members. It looks like the network may not care since Geoffrey is already on the show despite facing criminal charges for allegedly assaulting his ex-girlfriend.

Geoffrey appeared in court on January 17 and waived an arraignment for charges involving domestic abuse, kidnapping, vandalism, and interfering with 911 calls. His charges are connected to an arrest in June 2019 after his then-girlfriend revealed he attacked her, according to Knox News.

Geoffrey’s past has come back to haunt him. 90 Day Fiance fans are upset over these allegations. Some even want him to be removed from the show. Others are boycotting the show altogether, as reported by Showbiz CheatSheet.

“@TLC I am boycotting Geoffrey and his dumb story… I will be turning the channel or muting until next couple is shown,” one fan tweeted. “No interest in hearting anything from him! Abusive a**.”

The backlash has been so bad that Geoffrey had to address it on Instagram. But he said that he can’t address the claims due for legal reasons.

“I hear and see what is being said out there and it affects me tremendously,” he wrote in an Instagram Story on Tuesday, February 25. “I promise to enlighten when I can and the present is not the time.”

Geoffrey did respond to some of the fans’ burning questions. Why he would appear on a show like 90 Day Fiance? Especially with his past. Geoffrey said it was his choice to put his life out there. Read his latest statement in the Instagram post below.

Fans criticized TLC for allowing Geoffrey Paschel on Before the 90 Days. They think it’s wrong for the network to give a platform to a domestic abuser without facing any repercussions. Most fans have taken to the 90 Day Fiance Reddit to exclaim their frustrations. Here are just some of the comments that fans wrote:

Now there’s an online petition to have Geoffrey Paschel removed from 90 Day Fiance: Before the 90 Days. The Change.org petition went viral during Sunday night’s latest episode of Before the 90 Days. Fans hope that the petition gets 1,500 signatures. As of Monday, March 2, there over 1,091 signatures and counting. It’s not clear whether TLC will side with the fans.

Petition to remove Geoffrey Paschel from the show! Links on page to further explain the whole situation. @tlc #90dayfiance https://t.co/9rXNQ7Mbv2

What are your thoughts on Geoffrey Paschel? Do you think he should be on Before the 90 Days? Sound off below in the comments section.