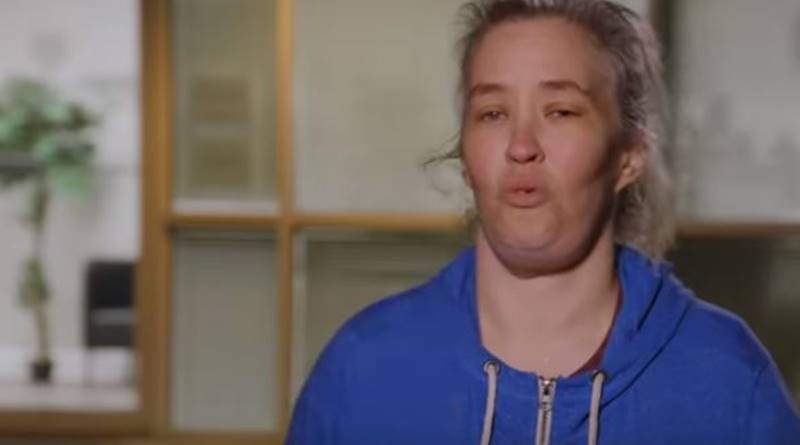 Mama June: From Not To Hot – June thinks no one understands her

TV Shows Ace noted that quite a lot of people still wonder if the WEtv show’s new season will happen. Others, who know it’s coming soon, wondered about Mama June being in it. Well, we reminded viewers in a story about Pumpkin’s daughter that the show features June. In the original very short preview, as the door opens, the voice-over asks, “What’s it going to be like when Mama finally comes home?” While that’s going on, the sound of a door opening happens in the background.

This week,  a new trailer dropped that confirms June’s in the new season.  However, it’s not fully edifying and it looks like there’s a lot of emotion. E!News reported that the new trailer seems to focus more on Alana (Honey Boo Boo), and Pumpkin  At least in this segment. Some fans might recall that at one stage Alana got a bit out there on social media. Well, in one post, followers saw her pretending to snort cocaine. So, in the trailer for Mama June: From Not To Hot, her dad Sugar Bear and his wife talk about taking back custody from Pumpkin.

While some rather nice scenes of Alana at school take place, June’s sister Doe Doe continues her hunt for June. Fans know that June took off with her boyfriend Geno. Living in an RV, she and Geno ran up bills in casinos and hotels. But, June really wants nothing to do with being found and helped.  She tells the camera, very self pityingly, that “Nobody knows what the real story is.”

At one stage, Pumpkin says that “mama says there are people after us and they may come after you.” Meanwhile, 14-year-old Alana cries because her mom behaves so weirdly. And, big sister Pumpkin says she’ll see Jennifer in court over Alana’s custody. Pumpkin also feels that June’s only thinking about herself in the trailer for Mama June: From Not To Hot.

What do you think about June coming back in the new season of Mama June: From Not To Hot? She looks pretty wrecked, some fans noted in the trailer comments. Is it true that nobody knows the real story? Could Geno be forcing her to do something against her will? Is someone really after June? Sound off your thoughts in the comments below.

Hannah Brown Admits She’s Hiding A Secret Behind Her Sunglasses
Are Dean Unglert & Caelynn Miller-Keyes Finally Getting Married?
‘RHONJ’: Joe Gorga Calls Son Gino His ‘Mini Me’ – See Why
Khloe Kardashian, Not Good Enough To Get Invited To The Met
Lori Loughlin, Husband Splash Out On Multi-Million Dollar Abode