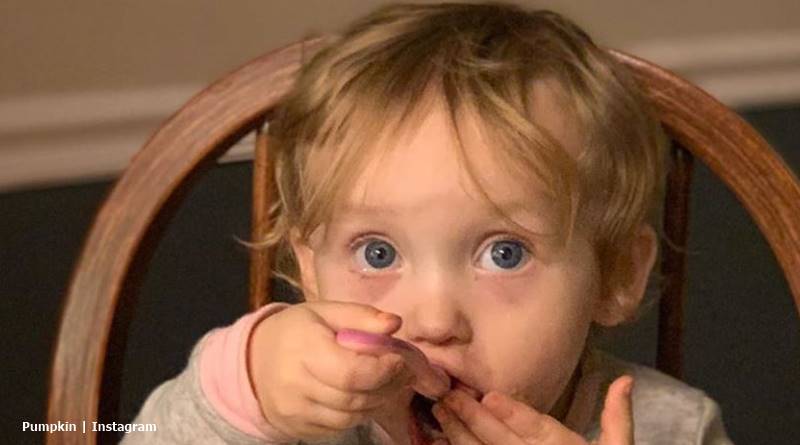 Mama June: From Not To Hot returns to WEtv with Family Crisis in March. Fans waited for ages and lots of rumors circulated the show might not return after June Shannon took off with Geno Doak. But the news of a new season arrived, along with a short teaser. In the meantime, fans kept themselves up to date by following Pumpkin on Instagram. Now, they gush all over a photo of her daughter Ella Grace. If fact, some of them hope she’s get her very own show.

Mama June: From Not To Hot star Pumpkin shared an adorable pic of Ella Grace

On Wednesday, Pumpkin posted up a cute photo of her daughter Ella Grace. Many fans responded to that. And, it’s surprising to see how many people don’t yet know the show’s returning next month. One fan commented, “when is the show coming back 🤔 will Ella Grace be 7 by then 😩🤣🤣🤣.” Another one noted, “Miss seeing you ladies and Alana too. Hope the show comes back soon🙌🏼 keep up the good work 👍🏼.”

Well, if you’re one those people who don’t know, the show definitely comes back soon. TV Shows Ace reported that Honey Boo Boo and Mama June’s Instagrams posted the teaser for the new Mama June: From Not To Hot season. Very short, the commentary suggests that June might even return home. In the teaser, a voice says, “What’s it going to be like when Mama finally comes home?” At that instant, Alana looks up at the door, and fans hear the sound of it opening. E!News noted that WEtv says the show’s gonna be totally “shocking.”

The photo that Pumpkin shared showed her two-year-old daughter looking into the camera with huge blue eyes. Many fans think she’s totally adorbs! Pumpkin captioned the pic with, “we made one Beautiful baby!” Then she used the hashtag #babyblues. So, maybe she wants another child, fans wonder. But most of them agree that she’s very beautiful.

One fan said, “Omg she’s so big!!!!! So cute😍 these eyes😱❤️.” Another one noted, “Pumpkin your daughter has an adorable angel look those beautiful eyes, a big hug and you’re also a very special mom congratulations 💞💞💞💞.” Many similar comments came in and then some fans started asking for Ella Grace to get her own show separate from Mama June: From Not To Hot and Here Comes Honey Boo Boo.

Fans want Ella Grace in her own show

Other fans of the show started talking about how very cute Ella Grace looks. Recalling Here Comes Honey Boo Boo and Toddlers and Tiaras, some of them think that Ella could easily do her own show. One fan noted, “what a Beautiful Blonde Sparkle ❇️ Blue EYES Princess 👸 She is. And smart as can be! She should have her own show on TLC by gosh. Forget about Tiaras and toddlers She was made for show business. What a great show she would bring. You go ELIA number ☝️ fan god bless 🙏.”

A few other Mama June: From Not to Hot fans also agreed. And, even if Ella didn’t get her own show, they would still love to see June’s daughters do their own spin-off. What do you think? Do you agree that Ella Grace is turning into a real beauty? Would you love to see her on her own show? Sound off your thoughts in the comments below.

‘Love Island USA’: Aimee Flores Refuses To Give Her Cookie To Any Man
Fans Worry ‘Bringing Up Bates’ Will Be Canceled Like ‘Counting On’
Jim Bob & Michelle Duggar Meet Their Newest Grandchild: See Pictures
‘General Hospital’ Spoilers: Is A Maxie Recast On The Way?
Lauryn ‘Pumpkin’ Efird Ready To Pop At 39 Weeks: See Baby Bump Pic