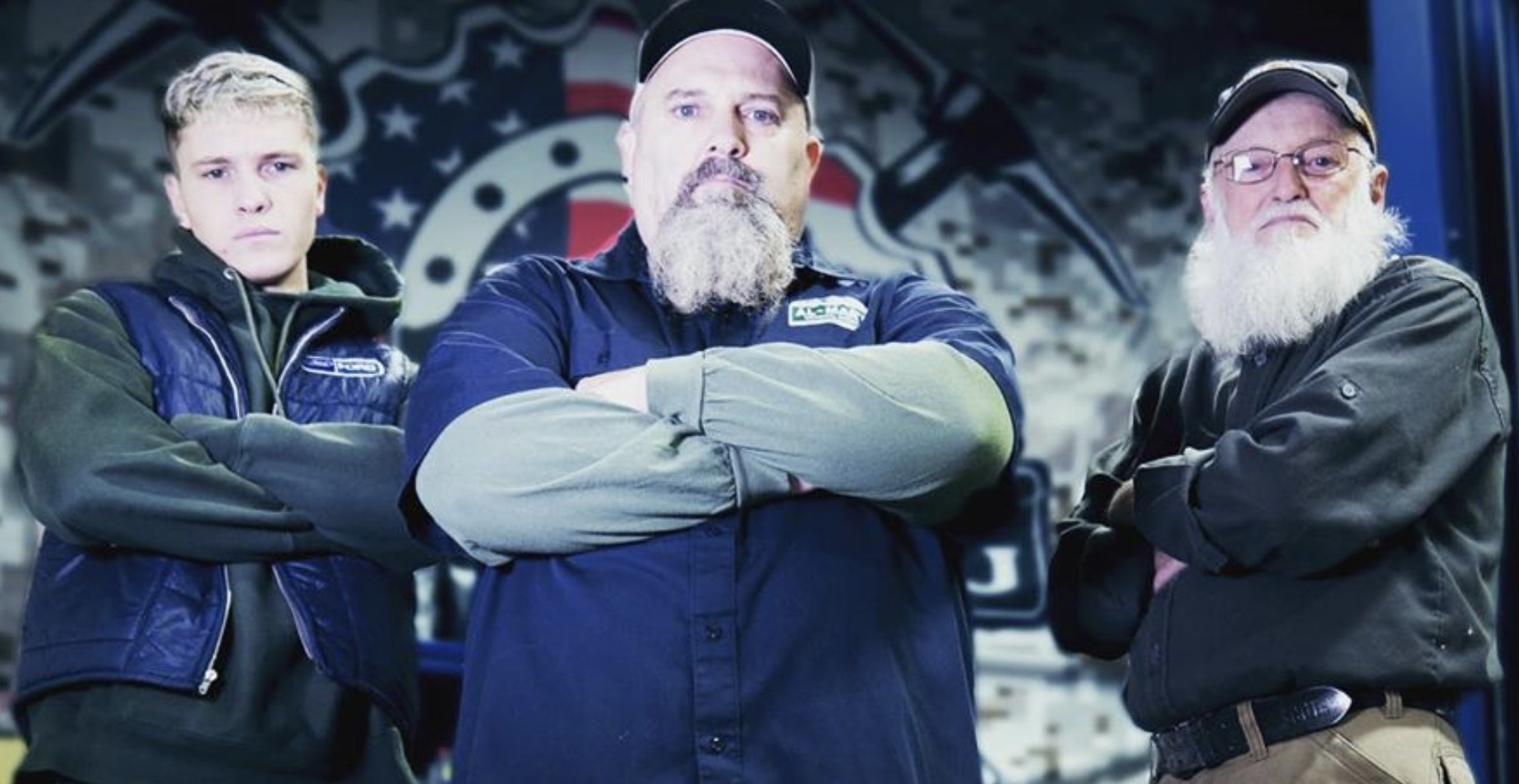 Former Gold Rush star Todd Hoffman is ready to mine for gold. He is sharing with fans that he may go to Nevada, Colorado or even Alaska. But where he will not go is back to Discovery. This is what we know now.

Back in September, TV Shows Ace reported that Todd Hoffman promised to show the “real” cost of gold mining. Well, this may be the season that he shows fans the true financial details.

On his Twitter account, Todd has shared a lot of information on where he plans to mine. On February 20, Todd revealed that “I have two mines that invited the Hoffman’s to throw my plant up.”

On February 21, a fan suggested he go up to the Klondike. Todd had other ideas: “Looking at Colorado and Alaska.”

On February 22, Todd let fans know that he is seriously thinking about gold mining: “I have contacted three mine owners. I know all three has decent ground.” Fans had a lot of questions, which made Todd reveal:”I have a one trommel and it’s not big. It’s sitting in Winnemucca Nevada.”

In another tweet, it sounded more like he may end up mining in the Nevada location, which is less than five hours from his Oregon residence. He even was looking for some equipment to help him mine. “I need a crane in Winnemucca that can lift 25k to 30k pounds. It’s a 40 foot container. I have a step deck truck all setup. ??”

Does it sound like Winnemucca is where the Hoffman crew are headed? Right now, he has revealed that he is not sure if he is bringing cameras. But, who would he be filming for? Hard to know, but there are surely fans who would watch.

Todd Hoffman left Gold Rush two years ago this month. On February 16, 2018, He shocked fans when announced he was done gold mining. He, along with his father Jack Hoffman and his son, Hunter Hoffman left the Discovery show and stopped gold mining altogether.

Anyone who follows Todd Hoffman on social media will see a stream of fans asking whether he will return to Gold Rush. Although TV Shows Ace has reported that Discovery had not yet made Gold Rush Season 11 official, the miners are now getting ready to dig up some gold. That includes Todd Hoffman. But, will Todd return to Discovery? Doesn’t sound like he wants to get back on regular TV again.

On February 20, Todd shared: “We love you guys the fans. Always will. You never know when or if we will enter the TV game again. I have three shows with different production companies making their rounds.”

It certainly doesn’t sound like he will return to Gold Rush. According to his February 22 tweet, Todd stated: “No I’m not going back to Gold Rush. I’m going to try to build a little mine for my family and guys.”

Guys? Could this mean dad Jack Hoffman, whose dream it was to gold mine in the first place? And of course, Hunter Hoffman, who is a third-generation gold miner and wants to prove that he has the guts and determination to be a great gold miner? We can safely assume that the three Hoffmans will be part of this. Perhaps there will be some more members of the Hoffman team. That is, those who are not currently on Gold Rush.

Is Todd Hoffman Headed To L.A. To Pitch Greenhorn Gold?

As TV Shows Aces has previously reported,  Todd Hoffman has helped start Zum Media. The intention was to start a new reality show called Greenhorn Gold. He posted earlier this week that he is driving down to Los Angeles and is pitching a show with his business partner.

We may assume that he is referring to Jose Behar, the producer that co-founded Zum Meida with him. But, we cannot assume that Todd is pitching Greenhorn Gold. Greenhorn Gold is the gold mining reality show that Todd created. Although it has an IMDb page, it still does not have a network. It is still in the pre-production stages.

For the last couple of years, Todd shares that he tried to get the attention of a streaming service, and even spoke to Netflix, he was unable to get the show from the planning stages to production. This is not uncommon, but it is certainly difficult.

Now, according to his recent Twitter posts, Todd says he is headed to Los Angeles. He has meetings Thursday and Friday. Surely, he will let his legion of Gold Rush fans know if  he will be on the air. But, one thing is for sure, he is not returning to Gold Rush, nor is he returning to Discovery.

Be sure to check back with TV Shows Aces for the latest Todd Hoffman news and of course, Gold Rush news.